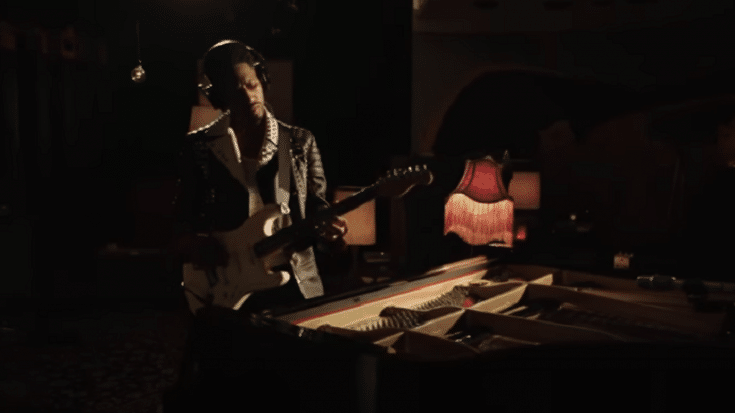 Kicking Off The NBA Season

Jon Batiste is more than “The Late Show With Stephen Colbert” bandleader, he’s also a Grammy-nominated musician and jazz pianist who’s been using music to protest. He has spent weeks taking it to the streets of New Orleans and New York City. And to kick off this year’s NBA season last July 30, he played a powerful version “The Star-Spangled Banner” – tipping his hat to Jimi Hendrix’s iconic performance at Woodstock Festival.

He told The New York Times in June, “The way that Jimi Hendrix took the song, the way that Marvin Gaye or Whitney took it — that tradition is what I am thinking of when I play it. The diaspora that they infused into it is a response to the toxic ideologies that are embedded in the song and thus in the culture.”

Batiste infuses “The Star-Spangled Banner” with “Lift Every Voice and Sing” which is often referred to as the “Black national anthem” in the US and has been an important song in the civil rights movement.

It was recorded at Electric Lady Studios in New York City. According to its video description, “In a time when there is a collective outcry to re-examine national symbols and their origins, and generate more honest and inclusive narratives around works like the Star-Spangled Banner, these efforts are often met with pushback. Batiste’s rendition of the anthem speaks to the moment and is a representation of what this country is grappling with in real time.”