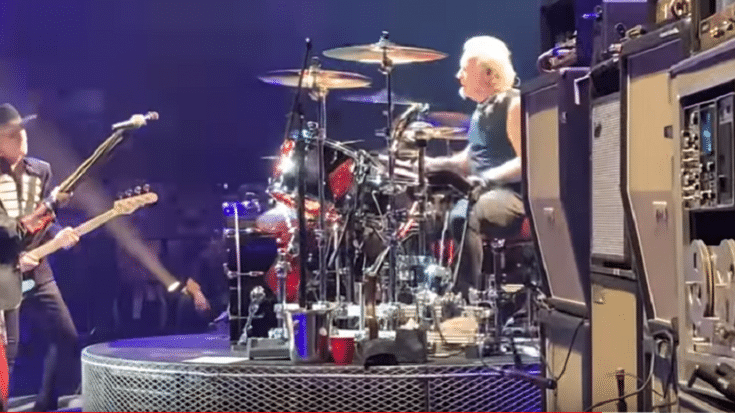 After last month’s messy legal battle, Joey Kramer is reunited with his bandmates at the Park Theater at Park MGM in Las Vegas on Monday night, February 10. He performed alongside Steven Tyler, Joe Perry, Tom Hamilton and Brad Whitford. Tyler even announced, “On the drums, Mr. Joey Kramer!”

The whole issue began in 2019 when the sticksman suffered minor injuries and he was sidelined from their Deuces are Wild residency. His drum tech John Douglas took over the drumming duties during Aerosmith’s 2019 gigs. In January, Kramer filed a lawsuit against his bandmates so he can rejoin and perform with them during the Musicares Person of the Year and also the 2020 Grammy Awards.

He even revealed that Aerosmith held an audition for him to see if he should play behind the kit again. He was also turned away at their rehearsals. In the end, a Massachusetts judge ruled against Kramer and he had to sit out the two events last month. Kramer said about the ruling, “I knew filing a lawsuit was a bit of an uphill battle. I can hold my head high knowing that I did the right thing — to fight for my right to celebrate the band’s success that I have dedicated the better part of my life to helping build.”

But with the videos from their recent show, it seems like he’s back in Aerosmith. Check out the fan footage below.