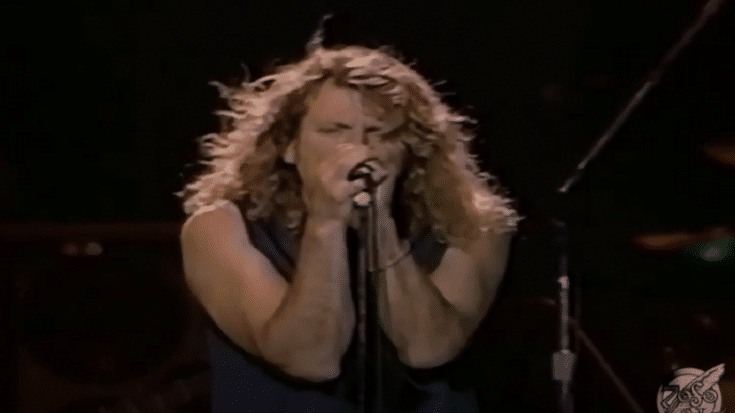 A Page and Plant Tour

In 1993, Jimmy Page collaborated with Whitesnake’s David Coverdale for the album “Coverdale-Page”. With eleven tracks, the LP peaked at #5 on the US Billboard 200 and was also a hit in several countries. A year later, Page got back together with Robert Plant for the MTV project No Quarter: Jimmy Page and Robert Plant Unledded. They then went back on the road for a lengthy tour which kicked off on February 26, 1995.

On the video below, Plant takes on the Coverdale-Page song “Shake My Tree” during a May 1, 1995 gig at the Bradley Center in Milwaukee, WI.

Plant said about their collaboration, “The will and the eagerness with Unledded were fantastic and [Page] was really creative. Jimmy and I went in a room and it was back. His riffs were spectacular. To take it as far as we did, and the tour we did – it’s one of the most ambitious and mind altering experiences.”

Page also admitted to Mojo magazine, “I’ve been looking forward to working with Robert for so long, and have been looking in that interim period for someone I could have the same rapport with as I had with Robert. And it’s certainly come back.”