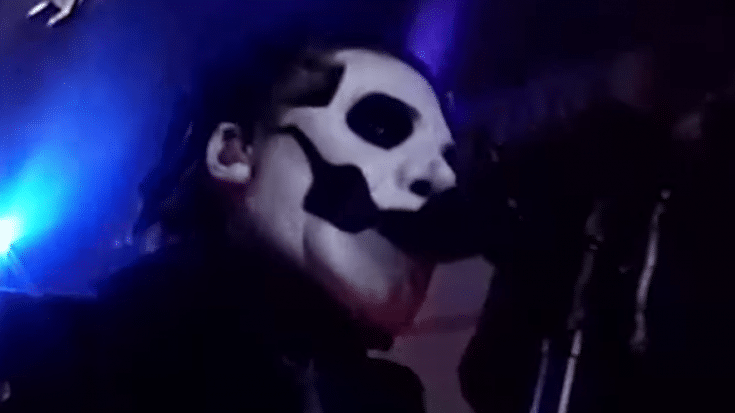 Ahead of the release of their new album Impera, Ghost hosted a livestreamed performance on their YouTube channel on March 10.

The event is titled “Live From The Ministry,” and featured live performances of four songs from the new record, including “Kaisarion,” “Call Me Little Sunshine,” the lead single “Hunter’s Moon,” and “Spillways.”

Impera is produced by Klas Åhlund, who also put together 2015’s Meliora. It will be released on Friday, March 11th, 2022 and marks as the follow-up to Ghost’s 2018 album, Prequelle, which topped the charts in Sweden while reaching No. 3 on the US Billboard 200.

Last week, Ghost just finished a co-headlining US tour with Volbeat. The band will hit the road again for a series of UK shows next month before headlining to Europe for more live performances.

The video quality of the livestreamed show resembles what one might have seen in the 1980’s on MTV, and the way the performance was shot like a low-budget DIY music video.

“Dude, love spillways! It seems like Tobias is having so much fun with the vocals on this one! amazing song”

“im at a loss for words this is a beautiful album i can’t even begin to express how awesome this is. I believe they all did a great job and the music is ahhhhh beautiful”

“This felt like watching an early 90’s BBC special and I’m here for it! And man do I love Spillways!”

Check out the full performance below.