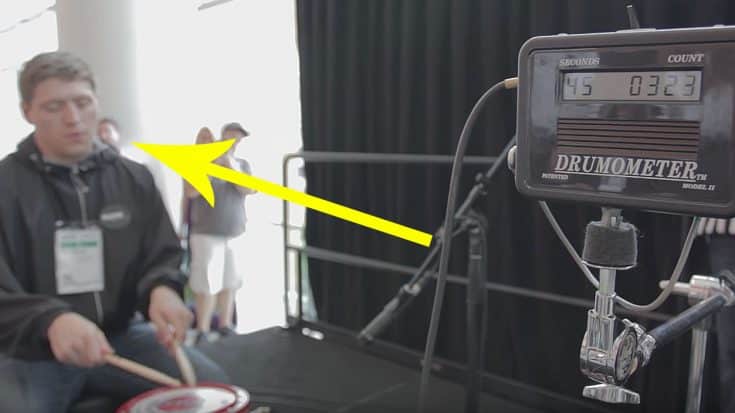 The Bar Has Been Set High!

Since the dawn of time, people from all walks of life have strived to be the best at whatever it is he or she is good at. It’s just human nature. Thanks to Guinness World Records, that sense of competitiveness and achievement has been elevated.

In case you’re unaware, each year a book called Guinness Book of World Records is released showcasing the unbelievable world records that people from all over the world have set. One such amazing example is in a video we have just found!

What you’re about to watch is a video in which a drummer by the name of Tom Grosset sets the record for world’s fastest drummer. Not only that, but listen to everyone’s reaction during the exact moment that the record is set. Their reaction makes the entire ordeal worth the watch, and it’s easy to see why!