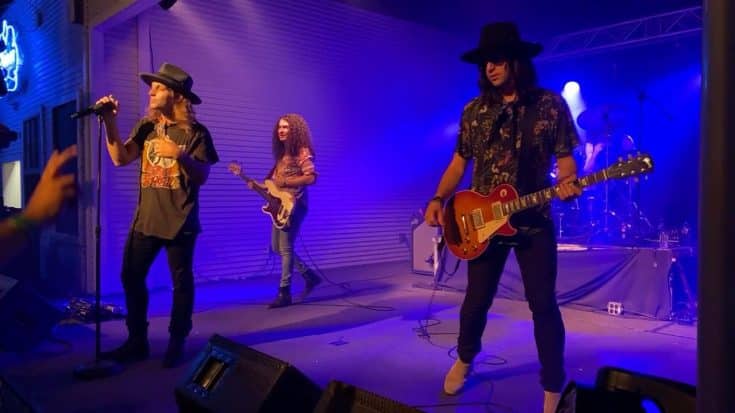 Fans of the band praised their live performance as they rock out to one of their music influences. Dirty Honey was formed in 2017 as an independent band with singer Marc LaBelle, guitarist John Notto, bassist Justin Smolian, and drummer Corey Coverstone.

In October 2019, Dirty Honey made a history by becoming the first group to be the #1 single as an unsigned act in 40 plus years of the Billboard’s Mainstream Rock Songs chart. They have proved that it’s possible to make it to the top in the music industry even without the a major label to back them up.

Since the success of Dirty Honey, it led them to be chosen as opening act for legendary groups like Guns N’ Roses and The Who.

In an interview, Notto said:

“Rock’n’roll should be right on the edge.” and added, “Great art is a little dangerous. Where that danger is differs from artist to artist. We don’t show up naked wearing socks, but we’ll leave a mistake on if the take has the feel. We live in a time of YouTube nerds – there are probably ten-year-olds who can play the guitar solo from our new single California Dreamin’ better than I do. But rock’n’roll isn’t perfect.”

Dirty Honey is currently on the road with Mammoth WVH co-headlining Young Guns Tour in January, February and March of 2022.

Check out their amazing live performance below.