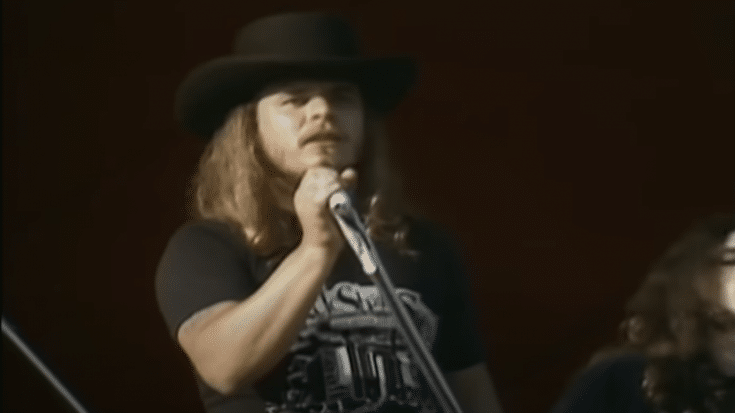 Lynyrd Skynyrd has released the video for their 1976 performance of their classic hit “Sweet Home Alabama” at Knebworth Festival. They took the stage on August 21, 1976 and it’s widely considered as one of their greatest shows. From frontman Ronnie Van Zant’s powerful and distinctive vocals to the band’s legendary triple guitar attack courtesy of Gary Rossington, Allen Collins and Steve Gaines, this is truly one for the books.

They played in front of 150,000 and 200,000 people. Watch the unforgettable number below. It’s part of the Live At Knebworth ’76 release by Eagle Rock Entertainment. The film presents the concert in its entirety and showcases Lynyrd Skynyrd at their absolute best. This is the iconic group at the top of their game.

“Sweet Home Alabama” is one of Lynyrd Skynyrd’s signature songs, along with “Free Bird”. It famously contained a jab at fellow rocker Neil Young but it’s all good-natured fun because Young himself performed the song. It became their first hit – the result of a collaborative effort. While it was Rossington who came up with the idea for the track, it was King who wrote the intro and Ronnie Van Zant who worked on the lyrics. It’s been featured in several films.