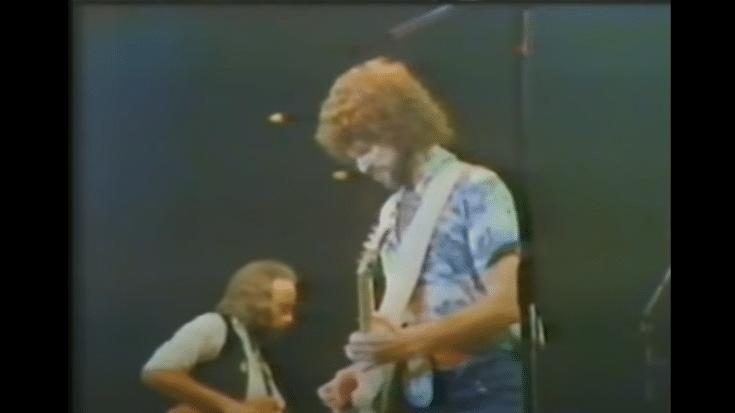 On December 5, 1977, Fleetwood Mac played at Tokyo’s Budokan and their setlist featured a mix of songs from their 1975 self-titled album and 1977 LP “Rumours”. An unexpected surprise came in the form of a composition by Peter Green titled “Oh Well.”

A blues-rock standard which was first released as a single in 1969, Lindsey Buckingham powered through the track and brought the house down – a powerful tribute to the man who co-founded Fleetwood Mac.

“Oh Well” was one of Green’s final contributions before he left in 1970 due to mental health issues. The song is composed of two parts and radio stations often preferred to play the A-side but Green told Mojo magazine in 1996: “The best bit was Part 2 on the other side of the record. You miss the best bit, the Spanish guitar break. The first side was what we played on stage. I didn’t think it would be a hit and I used to hate playing that one because we played the part that wasn’t as good. I wanted a bit of moody guitar playing. They wanted the bit that was easy to do, that everyone knew.”

It’s been covered by Billy Gibbons, Tom Petty and the Heartbreakers, and Ratt to name a few. Jimmy Page & the Black Crowes also played it live for their 2000 double album “Live at the Greek.”

Watch Buckingham tore through the song below.