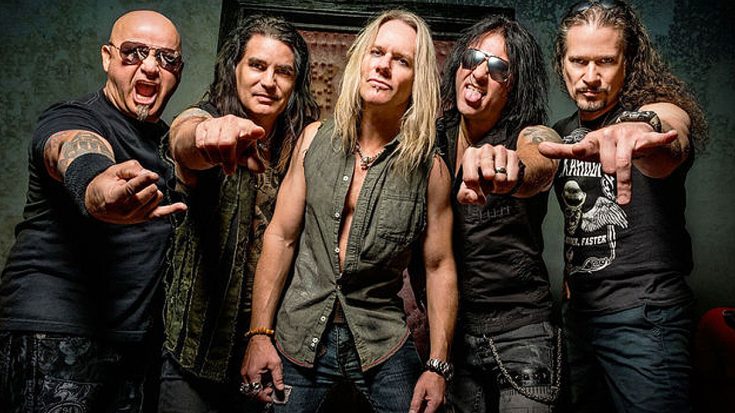 The worlds of glam rock and outlaw country collided in the most awesome of ways when “Cherry Pie” legends Warrant served up a cover of Merle Haggard’s “I Think I’ll Just Stay Here and Drink” in honor of their new partnership with The Professional Bull Riders. The organization’s new party anthem for 2017, Warrant’s cover of the 1980 classic proves to be just the boot stompin’ good time The Professional Bull Riders call for, seamlessly blending hard rock elements with Haggard’s own Bakersfield sound for something that fans can look forward to getting down to all season long as “I Think I’ll Just Stay Here and Drink” takes center stage with a music video and several planned PRB appearances by Warrant.

For Warrant guitarist and co-founder Erik Turner, crafting the perfect party anthem for the Professional Bull Riders wasn’t just an honor, but a passion project:

“Creating a party anthem is what Warrant loves to do and getting a chance to create one for the ‘toughest sport on dirt’ is a bonus,” said Turner. “We’re pumped up to rock PBR Bars and events all year long.”

If, like us, you just can’t get enough of Warrant’s cover of this Merle Haggard classic, never fear – you can find “I Think I’ll Just Stay Here and Drink” on Warrant’s upcoming album Louder, Harder, Faster, due out this April. Be sure to catch the boys all season long as they rock PBR events; the song rocks hard as it is, but I can’t imagine how much harder it rocks live and up close!