Very Young Metallica Playing In 1983- Listen To His Voice 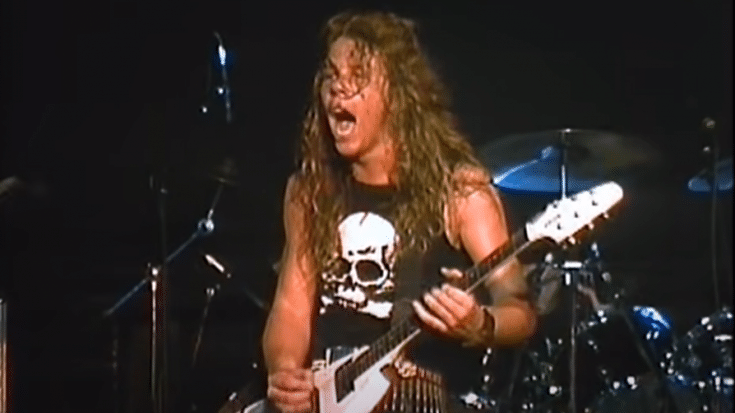 In 1983, Metallica just dropped their debut album and embarked on their Kill ‘Em All for One tour with English heavy metal band Raven. At the time of their LP’s release, it didn’t sell much but it has since been considered a classic record.

On August 12, 1983, they played at The Metro in Chicago and according to drummer Lars Ulrich, “This was nine days after James Hetfield’s 20th birthday, I was 19, Kirk Hammett is 20 and Cliff Burton is 21.”

There are audio issues during the first fifteen minutes so when they released the concert in its entirety, they cut out that part. The video quality may not be the best but it offers a glimpse into their raw energy and attitude as they were still starting out.

Ulrich recalled, “This goes back to the summer of 1983, so about 400 years ago on our first tour with our buddies in Raven. We were going across America, just trying to figure it all out. Two of the clips appeared on the Cliff ​’Em All collection and the full gig was included in the Kill ​’Em All box set. The audio didn’t start recording until after Hit The Lights!”

Watch them perform Seek & Destroy below.