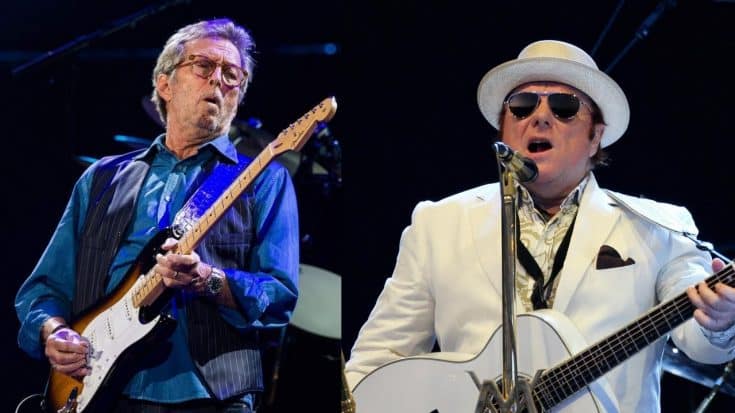 The Pair Is At It Again

Van Morrison and Eric Clapton are on a roll. Following their controversial collaboration on “Stand Up and Deliver” for Morrison’s Latest Record Project: Vol. 1, the duo have teamed up once more. Under the name Slowhand & Van, they reworked “Where Have All the Rebels Gone” from Morrison’s latest studio LP and released it as “The Rebels” via Bushbranch / Surfdog Records. It’s accompanied by an animated music video that features drawings of fellow music legends like Lemmy Kilmister, Axl Rose, Robert Johnson, and Kurt Cobain.

Proceeds from “The Rebels” single will go to The Van Morrison Rhythm & Blues Foundation which Morrison founded during the coronavirus pandemic and aims to assist out-of-work musicians . It’s “an emergency fund for musicians who are facing financial hardship as a direct result of the government restrictions on live music introduced in March 2020.”

Morrison made headlines in 2020 as he protested the lockdown measures in the United Kingdom and heavily criticized socially-distanced concerts.

Meanwhile, Morrison had a series of concerts booked in Belfast’s Europa Hotel venue but were canceled. Scheduled to run over four nights, the gigs were supposed to be test events but they were called off by Deputy First Minister Michelle O’Neill.