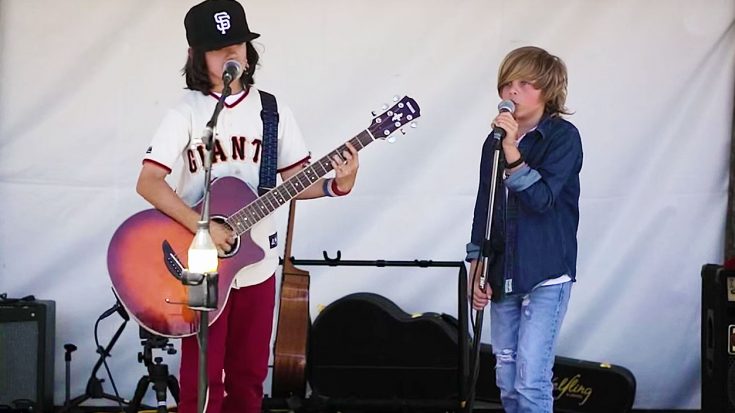 They stole the entire show!

This might have been one of the best performances this crowd has ever witnessed in their lives. Everyone loves Canadian singer Bryan Adams’ hit “Summer of 69.” It’s such a nostalgic song that we can all look back on and enjoy!

Recently at a county fair, two 10-year olds from the band WJM hit the stage for an epic cover of the all-time classic! The two decided to do an unplugged version of the song, breaking it down to its simplest form! The lead singer’s voice is pretty damn phenomenal, and the guitarist is pretty great as well! They may only be 10-years old, but they are the future of rock n’ roll and sound way beyond their age! The scary part is, is that they will only get better.

Fun Fact: In the Summer of ’69, Bryan was 9 years old. He told us: “It’s a very simple song about looking back on the summertime and making love. For me, the ’69 was a metaphor for making love not about the year. I had someone in Spain ask me once why I wrote the first line ‘I had my first real sex dream’… I had to laugh.”

Check out the amazing cover down below! This song is incredibly NICE and a true classic! Let us know what you think of the cover after you view it!