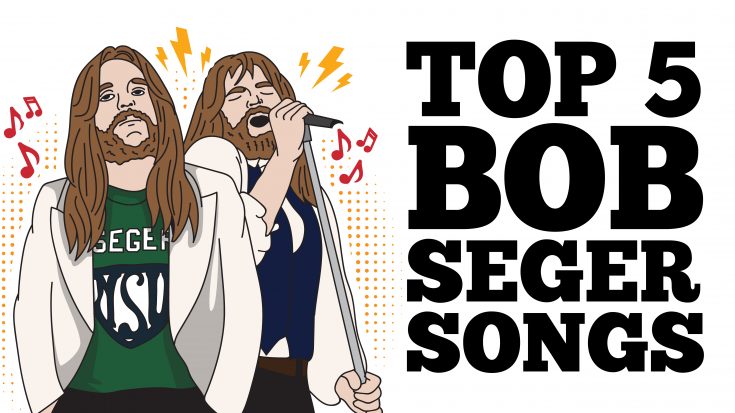 A list of the top Bob Seger songs would be incomplete with out what may arguable be his most recognizable tune of all time. Sure, this song may not be his best, but Tom Cruise’s movie Risky Business helped keep Seger’s name on the map. It’s a fun song that’s a call back to good old, traditional rock n’ roll that Seger and all of us love and grew up with. The song is off of Seger’s album Stranger in Town and was released in 1979.

Fun fact: originally Seger and the Silver Bullet Band did not like the song, but after playing it live, it grew on them!

If you’re a Seger fan, your bucket list must include driving down a back road in Hollywood in a convertible with this song blaring on the stereo. In fact, that’s exactly how Seger came up with the lyrics to this song!

“The chorus just came into my head; I was driving around in the Hollywood Hills, and I started singing ‘Hollywood nights/Hollywood hills/Above all the lights/Hollywood nights.’ I went back to my rented house, and there was a Time magazine with Cheryl Tiegs on the cover…I said ‘Let’s write a song about a guy from the Midwest who runs into someone like this and gets caught up in the whole bizarro thing.”– Seger said.

It’s a signature rock in roll song, with one of the most memorable and recognizable choruses in music history! It’s easily one of Seger’s best and one of our favorite rock songs of all time!

This classic won Bob a Grammy for Best Rock Performance by a Group or Duo in 1981. “Against the Wind” is a song about trying to move ahead, but at the same time trying to keep your integrity and sanity. Little known fact, Glenn Fry from The Eagles sang background vocals on this track! All of that star power, plus the Grammy and amazing performance from Bob and the Silver Bullet Band land this song as #3 on our list!

“The line ‘Wish I didn’t know now what I didn’t know then’ bothered me for the longest time, but everyone I knew loved it so I left it in. It has since appeared in several hits by other artists, so I guess it’s OK.”- Seger said. He later clarified that the only thing that bothered him was the grammar of the line.

The title track off of Bob’s album Turn the Page is probably one of the best rock songs in music history. It’s about a rockstar’s career, and the amount of highs and lows they experience throughout their life. Surprisingly, this song was never released as a single. But that still did not hold back this song from gaining immense popularity on rock and classic rock radio. The song became an influence and inspiration for many other artists’ major hits.

The song reportedly inspired Bon Jovi and Ritchie Sambora’s lyrics on “Wanted Dead or Alive.” Many might say this is Seger’s best, but for us, we hold it at number 2, and one of his all-time classics at #1.

Coming in at #1 is Seger’s lead single, and title track off of his 1976 album Night Moves. “Night Moves” is a nostalgic song in which Seger recollects the innocence of his youth. It was inspired by a love affair Seger had in the 1960s, and the song took 6 months for him to write! The detail, imagry and musicianship in the song is top key, and has a mellow feel that you can still rock out to! It’s the best of both worlds!

Seger was inspired by the movie American Graffiti. He says, “I came out of the theater thinking, Hey, I’ve a story to tell too. Nobody has ever told about how it was to grow up in my neck of the woods.”

We hope you enjoyed our list! What are your favorite Seger songs? Let us know!