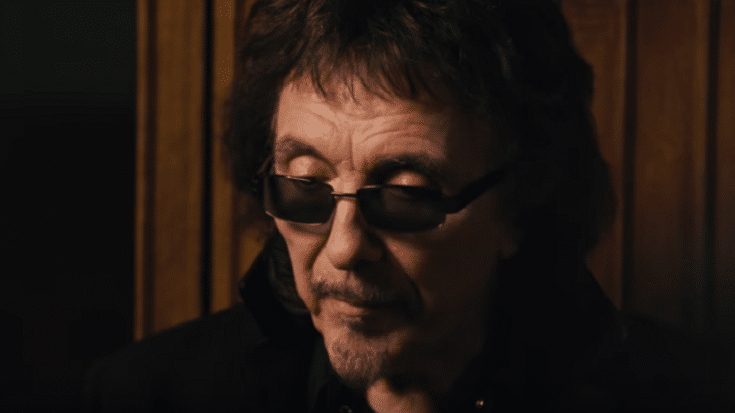 He Admits “It Got A Bit Too Much”

In a recent interview with Gibson TV, Tony Iommi recalls the not-so-great moments during Black Sabbath’s tours with Van Halen and KISS. Van Halen opened for them in 1978 for their “Never Say Die!” trek. Iommi said, “Van Halen toured with us for eight or nine months. Eddie’s one of my best friends now, we still stay in touch, but he used to come in my room, pick your brains, you know? They sort of asked, ‘What’s this like? What’s that like?’ And for them, it was learning more information.”

He adds, “It was enjoyable, but then it got a bit too much. Because they started their show, or they were going on first, and they were gradually learning things from us and doing the same sort of arrangement in their show. They’d have a drum solo, this and that and the other… And as the months went on, the drum riser got bigger like Bill [Ward]’s did – and more stuff. And I got really annoyed one night; I said, ‘Hey, Eddie, are you gonna play a couple of songs off our new album tomorrow?’. He went, ‘Hey, man, we love you guys.’ And it got our fly there – it was just a bit of sarcasm. It was great.”

But now he has nothing but high praises for Van Halen, “And to me, listening to his playing, really different… He’d come up with something different, the way he plays and it was a great star, and a great band.”

Meanwhile, Iommi doesn’t exactly have fond memories when KISS supported Black Sabbath for their “Sabotage” tour in 1975/1976. He admits, “KISS, on the other hand; I don’t know what happened there, because we didn’t sort of really get on with them. And I remember seeing the sign outside: ‘Black Sabbath and KISS.’ It was on this board, got those letters that you stick on, and we found the P and took the ‘K’ off, and put ‘Piss’ on it. [Laughs] And we used to see them at the airport and we never knew who they were because they’d have all that makeup on, we couldn’t tell if that was the crew or the band. You’re sort of looking, ‘Is that the band?’. For a while, it was a bit funny, but as time went on, it got well, got okay.”

Iommi also said a few years back, “I don’t particularly like Kiss. They’re not my type of band at all. Their stage show was done long before by Arthur Brown.”