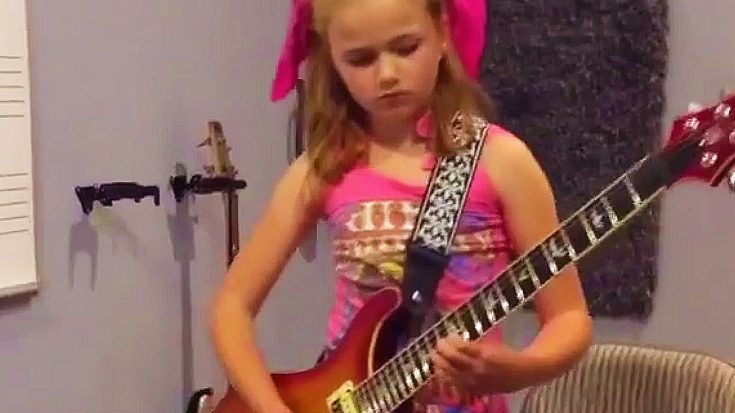 The coolest thing about this kinder, gentler Guns N’ Roses is seeing them – Axl especially – reach out to fans, finding new and inventive ways to connect with us after all these years. One of the most recent developments to hit the band’s social media is an open call to submit videos of yourself playing your favorite Guns N’ Roses tunes, giving special exposure to kids in an adorable and seriously rockin’ feature called #SweetChildSaturday, showcasing the next generation of rock and rollers as they pick up guitars and sit behind drum kits in some adorable tributes to their favorite band.

This week saw an adorable little girl rocking a killer pink hair bow and a Jimi Hendrix shirt picking up her guitar to tackle “Sweet Child O’ Mine,” nailing that iconic little guitar lick that just makes us smile the second we hear it and taking center stage on Guns N’ Roses’ official Facebook account with over 5 million views and thousands of comments expressing what we’re all thinking: this kid seriously rocks! Sure, her hands are still small and she’s got a few years ahead of her yet – but the way she takes command of her guitar and follows her gut when keeping time instead of listening to the cover she’s playing along to tells us that within a few years, this young lady is going to be doing some serious rocking all on her own.