This Kid Covers Bonzo’s “Montreux” And Does It Justice- Incredible! 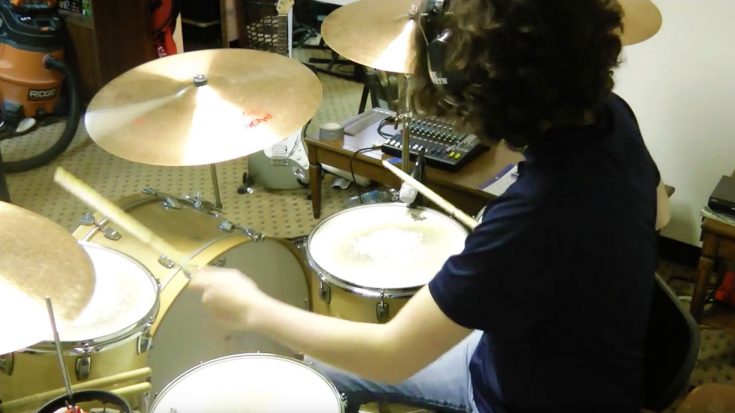 The Drummer Boy covers Bonzo’s ultimate drum work in “Montreux” and seriously does it some justice. So it wasn’t just any, ol’ drum solo, Page worked with Bonzo on the composition and process to bring the beats to life.

Interesting Fact: Along with Bonham, three other people associated with Jimmy Page died in their 30s: Keith Relf, Yardbirds lead singer, Keith Moon, The Who drummer who inspired Led Zeppelin’s name, and Sandy Denny, guest vocalist on “The Battle Of Evermore.”

Released on Coda after Bonham’s passing, “Montreux” was recorded in 1976 and has won several awards since the iconic drummer unfortunately was lost in the rubble of Led Zeppelin’s party reputation. In 2011, Rolling Stone put Bonzo on their list of “Best Drummers Of All Time.”

Showcasing his versatility and talent, “Montreux” was the perfect construction of controlled chaos for Bonzo to bang around to, and still to this day is known as one of the greatest drum solos of all time. RIP Bonzo…

Check out The Drummer Boy below!