This Is The Moment That Broke Sharon Osbourne’s Heart 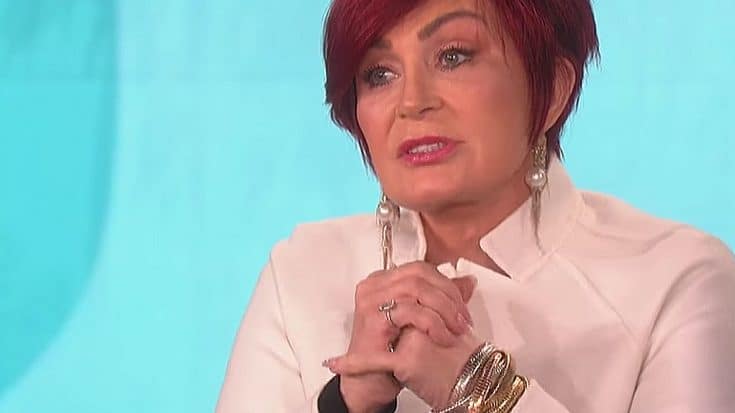 Sharon Osbourne is no stranger to making difficult decisions.

As Ozzy’s longtime manager, she’s had to make decisions that risked alienating others, even her father – famed manager Don Arden. Her cancer diagnosis forced her to make life or death healthcare decisions. But of all the difficult choices she’s had to make, none left Sharon as heartbroken as the decision she had to make as a parent – one she regrets every single day of her life.

Osbourne, 65, spoke briefly on The Talk about the family’s reality television stint. MTV’s cameras followed the Osbourne clan around at the dawn of the 21st century, chronicling the lives of Sharon, Ozzy, and their children Kelly and Jack as heavy metal’s First Family, but the attention was too much for eldest daughter Aimee. Fiercely private, Aimee refused to take part in The Osbournes and despite being only 16, asked her parents to let her move out of the house.

“I know that my eldest girl, Aimee, left home at 16 and she couldn’t live in our house because we were filming and it drove her insane,” revealed Osbourne. “She felt too that she didn’t want to grow up on camera. She hated the idea — it was appalling to her and so she left at 16 and I regret every day that she did.”

The decision to let Aimee move out at 16 was one that made the teenager, pursuing her own musical career at the time, happy. But her happiness came with a price: it broke Sharon’s heart.

“She was happy,” said Sharon, “but it broke my heart when she moved.”

Now 34, Aimee Osbourne achieved mainstream success in 2003 when she was cast in MTV’s adaptation of Wuthering Heights. She’s spent the years between then and now enjoying a modeling career and a musical career that found her recording and releasing music as early as 2010 under her initials ARO. Her music video for “Raining Gold” received a whopping 2 million hits in just two months – that’s pretty damned good, especially considering the fact that unlike siblings Jack and Kelly she wasn’t coming from a massive pop culture platform.

Sharon’s decision to let her little girl go off into the world so early may have broken her heart, but judging by Aimee’s happiness and success, she made the right call – even if it hurt.