This Heartbreaking Interview of Robert Plant Tearing Up About Lost Son, Karac, And Drummer, Bonzo Will Leave You In Tears 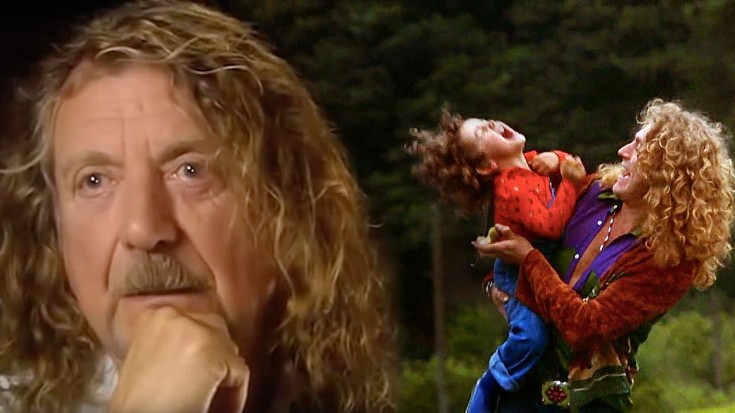 This video displays a vulnerable Robert Plant opening up about the absolute worst times in his life and the toll it has taken on his existence in this world. Robert unfortunately lost his son Karac at just 5 years old to an awful stomach virus on July 26, 1977 and his world ended in his own eyes.

“Karac was the apple of Robert’s eye; they idolized one another” – Robert C. Plant, Plant’s father

The first alert made to Robert that Karac was ill was followed by only a second call that they had lost him which initiated the cancelation of the tour at the time. Poor Robert did not know what to do with himself knowing he would never see his adorable son ever again… He would never be the same after this indescribable heartbreak.

“I lost my boy. I didn’t want to be in Led Zeppelin. I wanted to be with my family.”- Plant

Robert said that John was always there for him in an unconditional way after he lost Karac, and as his best friend, he did everything he could to be there for him. He even supported him when Plant decided to apply for a teaching job in the Rudolph Steiner training college in Sussex. Robert was so broken from this event all he wanted to do was move on and forget.

As if he hadn’t already experienced enough emotional trauma, just three years after Karac’s passing, Robert lost Bonzo on Sept. 25, 1980, at just 32, his best friend in the word. Bonham had been on an intense 12 hour vodka binge and was laid on his side by his assistant, however, throughout the duration of his sleep, he unfortunately turned onto his back and choked on his own vomit.

Bonham, being the only one in the band that supported Plant during his darkest days wanting to run away, was gone. During this video you can see Robert getting quite upset at the thought that he has to live his life without two of the most precious people in the world, although he handled it beautifully.

“You do changes as the years go by and you have to get harder and tougher you know, but you still got this soft underbelly…” – Plant