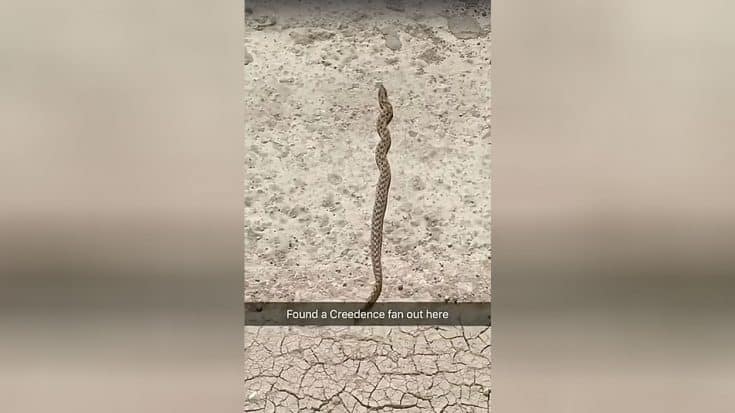 At this point, it’s pretty safe to say that animals are fans of music. Whether it’s a dog shaking its butt to some Nirvana, or a horse banging its head to some Pantera, animals are incredibly responsive to music, especially rock music.

Still, whenever you see it with your very own eyes, it’s always amazing. This time around is certainly no different. As this cameraman describes it, “I’ll take “things you don’t see running through the jungle” for $1,000, Alex”.

What you’re about to watch is a video in which a man is running through a jungle and he stumbles upon a little snake. When he sees what the snake is doing, he immediately whips out his camera-phone and blares some CCR. Thing is, he probably didn’t expect this whole thing to viral in a matter of minutes. To put it simply, this is just too awesome for words!