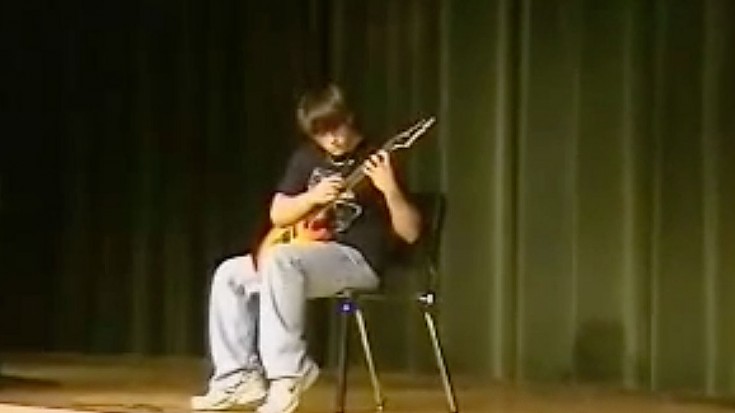 Simply sitting in a chair, 8th grader Eric melts the faces off of the crowd at his middle school talent show crushing Eddie Van Halen’s “impossible” Eruption solo with ease.

Known as one of the best and most iconic guitar solos of all time, Eddie would be astonished to see what this young man could do while only in the  8th grade. Big plans are ahead for Eric we’re sure.

Interesting Fact: Eddie Van Halen insists that there is a mistake in this song near the beginning. “Whenever I hear it, I always think, Man, I could’ve played it better,” he said.

At first dropping his whammy bar when starting the solo, Eric gets off to a rough start, but eventually makes up for it with one of the most bad ass solos we have ever seen.