They Picked Metallica’s “Nothing Else Matters” For Their Routine 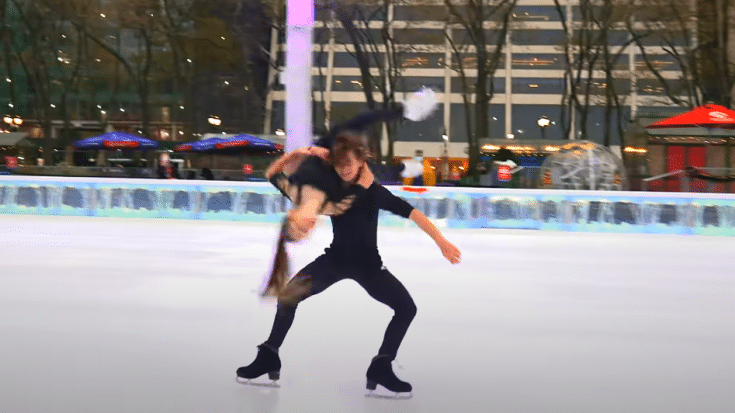 Team USA Ice Dancers and siblings Oona and Gage Brown danced to the Metallica classic “Nothing Else Matters” and it’s a mesmerizing routine. They used a medley of Metallica’s original version and the cover by Australian singer Marlisa Punzalan. It’s flawless and perfectly in-sync that you just can’t help but be amazed at their talent. This was filmed at Bryant Park’s Winter Village ice rink early in the morning over the Thanksgiving holiday last year.

Organized by their coach, 6-time national competitor in Ice Dance Joel Dear, the sister and brother duo captivated us with this epic routine.

Metallica’s “Nothing Else Matters” is one of their best known and most enduring songs. Written by frontman James Hetfield, he explained to Mojo magazine, “It’s about being on the road, missing someone at home, but it was written in such a way, it connected with so many people, that it wasn’t just about two people, it was about a connection with your higher power, lots of different things.”

He added, “I remember going to the Hells Angels Clubhouse in New York, and they showed me a film that they’d put together of one of the fallen brothers, and they were playing ‘Nothing Else Matters.’ Wow. This means a lot more than me missing my chick, right? This is brotherhood. The army could use this song. It’s pretty powerful.”