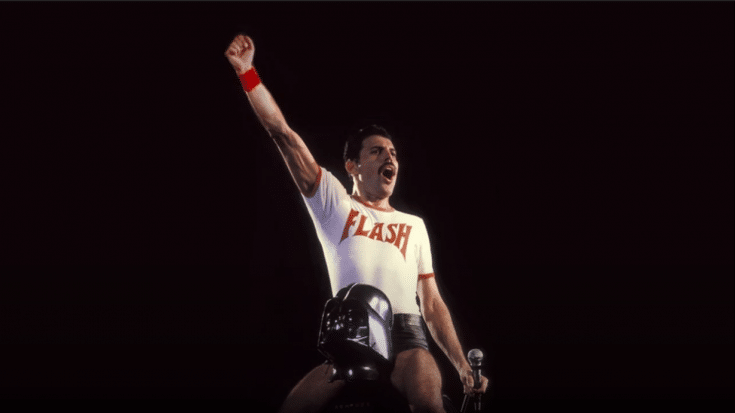 Freddie Mercury – an immensely talented singer, a prolific songwriter, a spectacular and flamboyant frontman with a larger-than-life persona on stage, a legendary and influential rockstar, and a pop culture icon. It’s been almost thirty years since he passed away but even so, no one comes close to his greatness. Today’s youth known his name and love his music.

He was gone too soon but the legacy he left behind is so rich that people will still talk about him and his contribution to rock in the next fifty years. But the great thing about Freddie Mercury is the fact that he knew how to have a grand time. As such, let’s take a look back at some of the wildest stories about him.

He hosted outrageous parties with nude waiters and waitresses, and dwarves with trays of cocaine strapped to their heads.

Freddie Mercury’s parties were outrageous and organized to shock guests and leave them in awe. And during the launch party for Jazz which became popularly known as the Saturday Night In Sodom, he hired a man who bit the heads of live chickens and had hermaphrodite dwarves greeting people with trays of cocaine specially imported from Bolivia strapped on their heads. Other attractions at the event included drag queens, contortionists, fire-eaters, and strippers. Drinks were served by nude waiters and waitresses.

Bandmate Roger Taylor once said, “It was Freddie who instilled in us the belief that we had to make people gasp every time.”

At a concert, he rode on Darth Vader’s shoulders.

It’s perhaps one of Freddie’s most iconic photos – singing in concert while perched on the shoulders of Darth Vader. Talk about the meeting of two icons. According to photographer Tom Callins who took the shot, “It was during the encore, and it was during “We Will Rock You.” And he came out sitting on Darth’s shoulders. I guess it was a shtick he did that tour, because I’ve seen other photos of other shows. But I just happened to be at the right angle at the right place in front of the stage to get the shot.”

Callins also told AV Club, “It was pandemonium. Everybody just thought it was so funny, so Freddie. It was so over-the-top. [Laughs.] Everybody got a chuckle out of it, but a cheer went up. It was a happening, you know? Everybody got into it.”

The year was 1977 and both Queen and the Sex Pistols were at Wessex Sound Studios in North London. They were working on their respective albums – News of the World and Never Mind the Bollocks, Here’s the Sex Pistols. Sid Vicious wasn’t a fan of the Queen and it was him who first made an uncalled-for remark to Freddie when he said, “You’re Freddie Mercury, aren’t you? You’re bringing ballet to the masses.”

Freddie could not be outdone and according to him, “I called him Simon Ferocious or something, and he didn’t like it at all. I said, ‘What are you gonna do about it?’”

He complained about Michael Jackson’s llama.

They were recording at Jackson’s home studio in Encino, California but it wasn’t long before the two had a falling out. Queen manager Jim “Miami” Beach told NME, “Mercury rang me and said: ‘Miami, dear, can you get over here? You’ve got to get me out of here, I’m recording with a llama.’”

He allegedly visited a gay bar in London with Princess Diana.

According to TV comedienne Cleo Rocos who’s a close friend of Freddie, they once disguised Princess Diana so she could come with them to the Royal Vauxhall Tavern, a popular gay bar. Rocos wrote in her autobiography, “Never has going to a bar been quite so exhilarating and fun. We then made a swift exit, a cab was hailed and we whisked Diana back to Kensington Palace. The jolly queens queuing outside unknowingly waved back as their ‘queen of hearts’ waved goodbye. Not a single person ever found us out.”