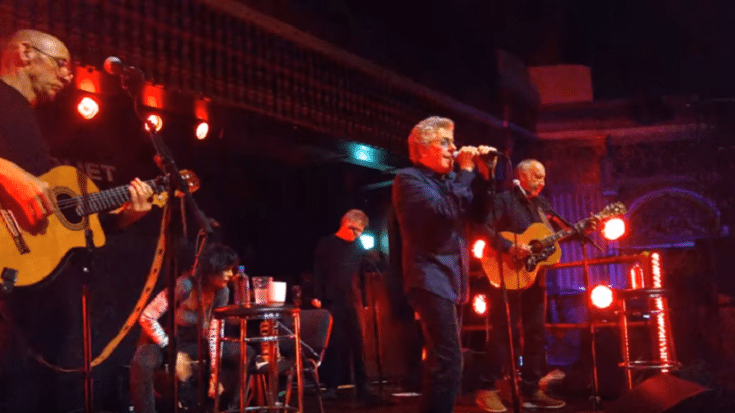 The First of Two Acoustic Shows

To celebrate the 50th anniversary of “Live at Leeds,” The Who scheduled a pair of special acoustic shows at the PRYZM nightclub in Kingston upon Thames, England – one of the tiniest and most intimate venues they’ve played since being catapulted to superstardom. Their eight-song set for the February 14 gig featured their classic hits and they also added songs from their new album to the mix.

Check out their setlist below.

Lead singer Roger Daltrey was apparently not yet too familiar with their latest song “Break the News” that he had to consult a paper for the lyrics. And he told the audience, “I’m in the first stages of the dreaded late-seventies. And the memory ain’t what it was. I’ve never sung this song before live. I might have to read it.… Simon is such a great songwriter. For years he’s done his songs at my solo shows, but it’s great to find a song that actually fits on a Who album. It fits really well. Let’s try it.”

1. Substitute
2. Squeeze Box
3. Behind Blue Eyes
4. The Kids Are Alright
5. Break the News
6. She Rocked My World (with “Tattoo” intro)
7. Pinball Wizard
8. Won’t Get Fooled Again (Roger and Pete only)