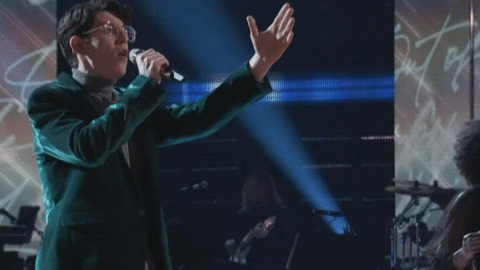 Joshua Vacanti brought the house down when he performed Queen’s classic hit “The Show Must Go On.” It was so impressive that all four coaches gave him a standing ovation.

“I’ve known for a long time that Joshua needed to do some Queen on this show,” Vacanti’s own coach John Legend said. “Very few singers can handle it Josh. You are a superstar.”

Watch him belt out to the timeless track below.

“The Show Must Go On” was mainly written by guitarist Brian May and featured as the closing track on Queen’s 1991 album, “Innuendo.” It was the last LP released in Freddie Mercury’s lifetime.

“I had one unforgettable special afternoon working together with him [Mercury] on solidifying the lyrics of the first verse of this embryonic song about a clown whose makeup hid his pain, before he slid out to attend another treatment,” May recalled. “That gave me enough lyrical material to later expand into the eventual two verses.”

May remembered it wasn’t an easy song to sing. “I said to Freddie, ‘I don’t want you strain yourself – this stuff isn’t going to be easy in full voice, even for you!’”

But even when he was in pain and dying, Mercury accepted the challenge. He famously told May, “Don’t worry – I’ll fucking nail it, darling!”