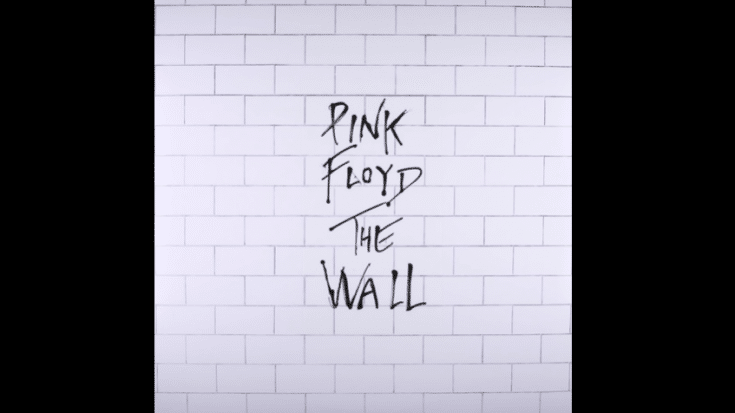 It Was Challenging To Make

Pink Floyd’s eleventh studio album “The Wall” cemented their legendary status but it was also the beginning of the end.

Exploring the story of the jaded and burnt-out rockstar named Pink, this rock opera was a massive commercial success and became one of the best-known concept albums. It’s their magnum opus and although critics weren’t all impressed at first, “The Wall” was eventually considered as the band’s finest musical work.

It was bassist Roger Waters who came up with the idea. When they met up in July 1978 at Britannia Row Studios, Waters presented two ideas for his bandmates – a 90-minute demo initially called “Bricks in the Wall” AND a concept about a man’s dreams across one night with themes of marriage, sex, monogamy, and promiscuity. They chose the first option.

Two months later, they were under immense pressure to put out an album to make money because they were having financial troubles after their investments didn’t pay off.

Guitarist David Gilmour recalled, “By force of necessity, I had to become closely involved in the business side because no one around us has shown themselves sufficiently capable or honest to cope with it, and I saw with Norton Warburg that the shit was heading inexorably towards the fan. They weren’t the first crooks we stupidly allied ourselves with. Ever since then, there’s not a penny that I haven’t signed for. I sign every cheque and examine everything.”

Waters then looked for “a collaborator who was musically and intellectually in a similar place to where I was” and to this, his then-girlfriend Carolyne Christie suggested producer Bob Ezrin. Co-producer James Guthrie was also brought in at the suggestion of previous collaborator Alan Parsons.

During their early sessions, tension was already mounting since Ezrin, Guthrie and Waters all had different ideas about the creative and musical direction. The relationship among band members was also strained and unstable.

From the get-go, it seemed like there were so many problems – from issues with Ezrin’s punctuality to the conflict between Waters and keyboardist Richard Wright. Pink Floyd members were rarely together in the studio. Guthrie had to do extra work – with Waters and Gilmour during the day and with Wright at night. Wright was getting on Ezrin and Gilmour’s nerves with the latter revealing that the lack of input from Wright was “driving us all mad”.

As for Ezrin he noticed that “it sometimes felt that Roger was setting him up to fail. Rick gets performance anxiety. You have to leave him alone to freeform, to create …”

At the time, Wright’s marriage was falling apart, he was suffering from an onset of depression, and he missed his children “terribly.” The band took time off in August and spent time with their families but Columbia Records offered them a better deal if they could finish the album for release later that year. Everyone else except Wright cut their holiday short by ten days.

A few days later, Wright left Pink Floyd but it was kept from the press. His name was also left off the credits for “The Wall”. Nevertheless, he was hired as a session musician for their subsequent tour.

“The Wall” is an absolute masterpiece and it saved the band from bankruptcy but it wasn’t without consequences especially when it came to the members’ relationship with each other.