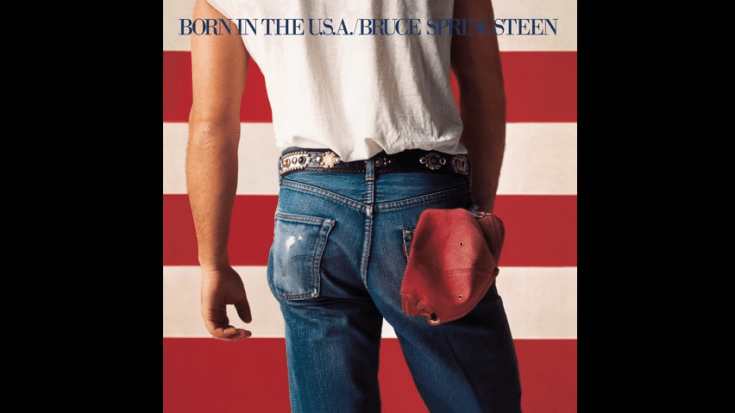 For his seventh studio album, Bruce Springsteen struck gold with “Born in the U.S.A.” It dominated the charts in several countries and was certified 15x platinum by the RIAA. It was also nominated for Album of the Year at the Grammy Awards in 1985. Of course, it helped immensely that his music videos were on heavy rotation on MTV.

Eight out of the twelve songs were composed and recorded as early as 1982 including the iconic title track. He worked on the rest in 1983 and 1984. The sessions covered over two years. Backed by the E Street Band, it was a prolific period for Springsteen as he managed to pen dozens of tracks. The material for “Born in the USA” overlapped with that of its predecessor, “Nebraska” and at one point, The Boss even considered putting out a double LP instead.

In May 1983, there were plans about releasing an LP titled “Murder Incorporated” that year but was shelved “because it lacked cohesion.” It was producer Jon Landau who pressured Springsteen about “Born in the USA”.

The album was a huge hit and fans weren’t left disappointed. The legendary rocker leaned towards a more mainstream sound but he still retained the progressive themes from his previous records. The radio-friendly format and iconic cover gave his career a big boost making him one of the greatest rockstars to come out of the ’80s.

Speaking about the concept, he said: “We had the flag on the cover because the first song was called “Born in the U.S.A.”, and the theme of the record kind of follows from the themes I’ve been writing about for at least the last six or seven years. But the flag is a powerful image, and when you set that stuff loose, you don’t know what’s gonna be done with it.”

In a 1984 interview, he talked about his increasing fame saying: “Yeah, there’s a change [in me]. [Being a rich man] doesn’t make living easier, but it does make certain aspects of your life easier. You don’t have to worry about rent, you can buy things for your folks and help out your friends, and you can have a good time, you know? There were moments where it was very confusing. […] I don’t really think [money] does change you. It’s an inanimate thing, a tool, a convenience. If you’ve got to have a problem, it’s a good problem to have. […] Money was kind of part of the dream when I started. I don’t think…I never felt like I ever played a note for the money. I think if I did, people would know, and they’d throw you out of the joint. And you’d deserve to go. But at the same time, it was a part of the dream.”