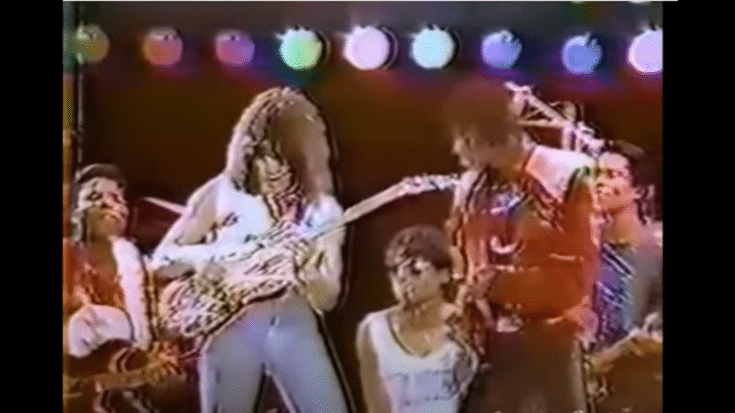 One of the Most Iconic Cameos in Rock

The news of Eddie Van Halen’s death shocked the entire world and ever since his son Wolfgang shared it on social media last October 6, tributes have been pouring in. As people look back at the guitar virtuoso’s stellar career, one of the highlights include his contribution to the Michael Jackson classic hit “Beat It”. He famously joined the recording session and played the iconic 20-second guitar solo for free and wasn’t credited too.

According to some fans, he only asked for a case of beer and dance lessons from Michael Jackson.

With his immense talent and unmatched axeslinging skills, EVH also finished recording the solo in one take. The Who’s Pete Townshend revealed to Rolling Stone that the gig was originally offered to him but he instead recommended, EVH.

In a 2012 interview with CNN, Eddie Van Halen looked back at that moment. He said, “I said to myself, ‘Who is going to know that I played on this kid’s record, right? Nobody’s going to find out.’ Wrong! Big-time wrong. It ended up being Record of the Year.”

He admitted that when producer Quincy Jones reached out to him, he thought it was a crank call. He recalled, “I went, “What do you want, you f-ing so-and-so!” And he goes, “Is this Eddie?” I said, “Yeah, what the hell do you want?” “This is Quincy.” I’m thinking to myself, “I don’t know anyone named Quincy.” He goes, “Quincy Jones, man.” I went, “Ohhh, sorry!””

When he got to the studio, he asked Jones what he wanted him to do and was told he could do whatever he liked.

EVH continued, “I listened to the song, and I immediately go, “Can I change some parts?” I turned to the engineer and I go, “OK, from the breakdown, chop in this part, go to this piece, pre-chorus, to the chorus, out.” Took him maybe 10 minutes to put it together. And I proceeded to improvise two solos over it.

“I was just finishing the second solo when Michael walked in. And you know artists are kind of crazy people. We’re all a little bit strange. I didn’t know how he would react to what I was doing. So I warned him before he listened. I said, “Look, I changed the middle section of your song.”

“Now in my mind, he’s either going to have his bodyguards kick me out for butchering his song, or he’s going to like it. And so he gave it a listen, and he turned to me and went, “Wow, thank you so much for having the passion to not just come in and blaze a solo, but to actually care about the song, and make it better.””