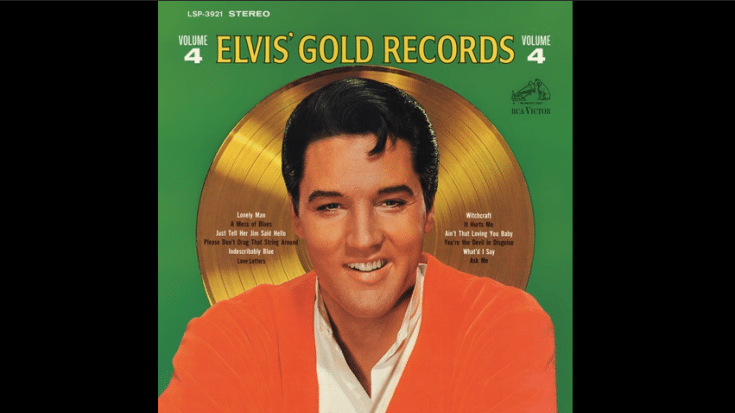 It Gave Charlie Daniels His Break

Before Charlie Daniels struck gold as a recording artist in the ’70s, he first became a successful session musician and songwriter in the ’60s. And the big break he had came when no less than Elvis Presley recorded a pop ballad he co-wrote titled “It Hurts Me.”

Daniels, who died on July 6 from hemorrhagic stroke, got the idea for the song in 1962 before Christmas while he was driving from El Paso, Texas to the East Coast. He then co-wrote it with Bob Johnston (who gave the credit to his wife Joy Byers) and they finished it together.

Daniels said, “We just went on, and we finished it up, and Bob did a demo on it, and the company that he was writing for at the time – Hill and Range was the parent company – handled Elvis Presley Music and Gladys Music, which was Elvis Presley’s two companies.”

He further explained, “Elvis came to town. He picked it up and held it for almost a year in what was called his portfolio. You know, they’d pick songs out for Elvis and when he’d go in to record, he’d review them, and if he liked it, he’d do it. So anyway, he recorded it, and it was by far the biggest thing that had ever happened to me in my life.” Although he never met Elvis Presley, Daniels did meet his daughter, Lisa Marie, at an event in Memphis: “I just got to tell her, I said, ‘You know your dad picked one of my songs. I was a big fan.'”