The Story Behind “Something” By The Beatles 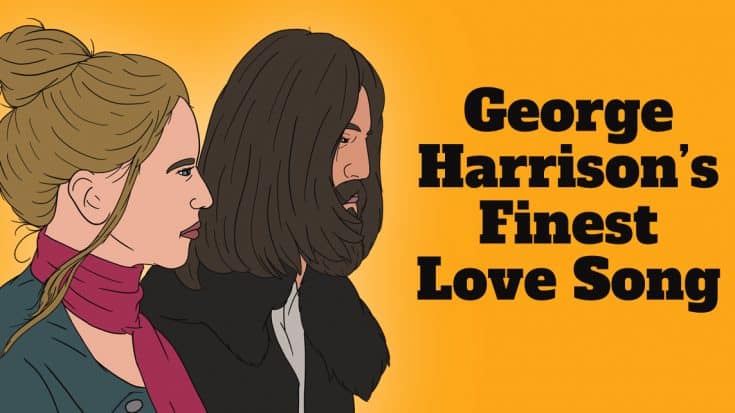 One Of George Harrison’s Finest Compositions

Featured on The Beatles’ 1969 album “Abbey Road”, it was written by George Harrison who already came into his own as a songwriter and managed to step out of the shadow of the Lennon-McCartney partnership. This marked a turning point for him – that he could clearly write songs that would rival the musical masterpieces penned by John Lennon and Paul McCartney. Harrison even revealed that Michael Jackson was surprised to learn it was him who wrote the track.

He shared, “I met Michael Jackson somewhere at the BBC. The fellow interviewing us made a comment about ‘Something’, and Michael said: ‘Oh, you wrote that? I thought it was a Lennon/McCartney’.”

It was Harrison’s first composition that became a Beatles A-side – an achievement of sorts for him who found it difficult to push his songs into making it to an album’s final cut. In fact, it comes as no surprise that he initially offered it to Joe Cocker. Cocker recorded a demo but it wasn’t until November 1969 when he released it.

“Something” is believed to be a love song to his first wife Pattie Boyd. And although it was Boyd herself who made the claim, Harrison denied it and said that he had Ray Charles in mind when he worked on it.

Harrison started writing it a year earlier, during their White Album sessions. He recalled, “I had written ‘Something’ on the piano during the recording of the White Album. There was a period during that album when we were all in different studios doing different things trying to get it finished, and I used to take some time out. So I went into an empty studio and wrote ‘Something’.”

He drew inspiration from a James Taylor classic titled “Something In The Way She Moves”.

Harrison said, “I could never think of words for it. And also because there was a James Taylor song called ‘Something In The Way She Moves’ which is the first line of that. And so then I thought of trying to change the words, but they were the words that came when I first wrote it, so in the end I just left it as that, and just called it ‘Something’.”

Both Lennon and McCartney were impressed with Harrison’s effort. Lennon even claimed that it’s the “best track on the album” and Macca pointed it as “the best he’s written.” Macca also added that it appealed to him because “it has a very beautiful melody and is a really structured song.”

On January 28, 1969, Harrison brought the song to the studio and played five versions to his bandmates but it was still incomplete. For their first session, they did 13 instrumental takes and then 36 takes on the second. Sound engineer Geoff Emerick remembered how Harrison was truly in his element while working on the song. He noted, “Paul started playing a bass line that was a little elaborate, and George told him, ‘No, I want it simple.’ Paul complied. There wasn’t any disagreement about it, but I did think that such a thing would never happened in years past. George telling Paul how to play the bass? Unthinkable! But this was George’s baby, and everybody knew it was an instant classic.”

The single topped the US Billboard Hot 100 and went on to receive 2x platinum certification.