The South Rises Again As Skynyrd Dazzles With “The Last Rebel” – Feel The Power! 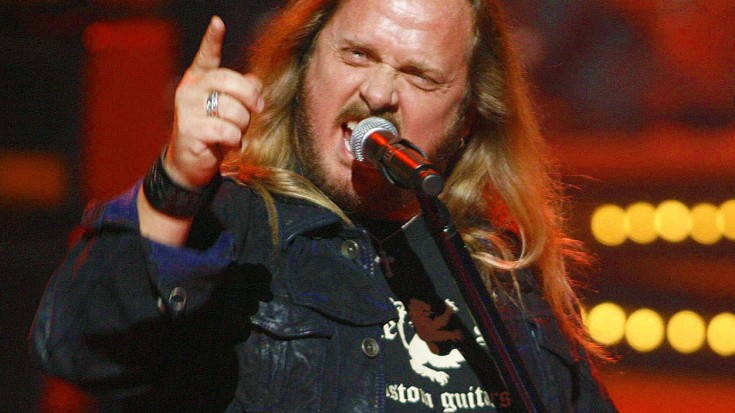 In 1987, the South rose again when Jacksonville rockers Lynyrd Skynyrd made their return to the stage after a decade long absence. Triumphant, the next 6 years would see a string of wildly successful tours and the release of 1993’s The Last Rebel – the seventh studio album and the second Lynyrd Skynyrd album to feature the talents of lead singer Johnny Van Zant. A hard rocker of an album with a country edge, the album’s title track “The Last Rebel” is never more emotionally charged than when performed live; throw in a Confederate army coat worn by Johnny and a Civil War-themed backdrop with the silhouette of a lone man on a horse, and you’ve got yourself a tearjerker of a Southern national anthem.

Just three days after the release of The Last Rebel Lynyrd Skynyrd’s The Last Rebel Tour took them to Atlanta’s Fox Theatre where, as Johnny sang about the loss and loneliness of a lone rebel soldier trying to figure out what to do after the war, there wasn’t a dry eye left in the house – and understandably so.

Fun Fact: The Last Rebel is the last album to feature drummer Kurt Custer and the last to feature guitarist Randall Hall.

With Johnny hoisting his mic stand up and looking for all the world like that lone soldier hoisting his colors, the brilliant slide guitar work of Lynyrd Skynyrd guitarist Ed King and drummer Kurt Custer’s military drum cadence filling the silence of an audience overcome, “The Last Rebel” is an emotionally charged moment in the history of a band whose roots mean even more than their future.

Few things tug at the heartstrings of a Southern native quite like their pride in their roots; to see one of Southern rock’s most iconic bands showing love for their own colorful Southern heritage in the heart of the South was surely a moment they’d never forget.