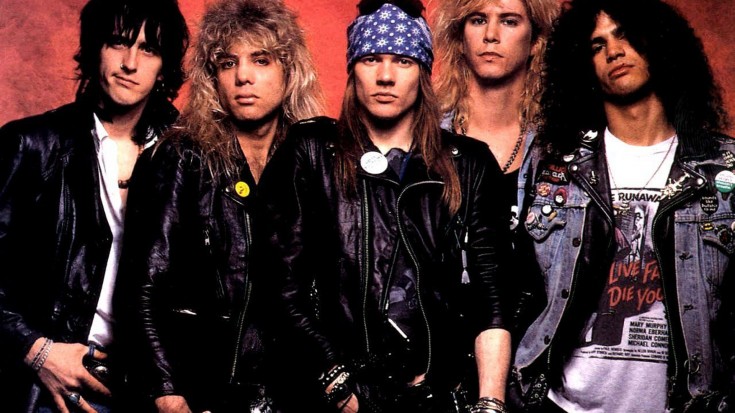 A Fresh Take On A Classic Style!

Pretend you’re a member of the biggest band in the world. You’re making platinum records, touring the nation, selling out arenas, maybe even a couple TV appearances, some cameos, you get the idea. You’re on a roll, you’re making millions, you’ve got it all. Now pretend you’re on TV getting interviewed by a famous TV host. The TV host asks the inevitable question. “What’s the secret to your success?”. It’d be pretty hard to think of an answer. Plus, I’m pretty sure Guns N’ Roses couldn’t think of one either. Luckily, this is where I’ll try an help.

Guns N’ Roses are of the biggest and most popular hard rock bands of our time. They are currently celebrating a renaissance with their highly anticipated inevitable reunion tour. They have had tremendous success back in the day. They have found mainstream success early in their careers, especially with their acclaimed album Appetite For Destruction. So what is it that makes them this good? What is their secret? Well, here are a couple factors.

In an era where the only thing you saw on the hard rock scene was men dressing as woman and performing what was called “Glam Metal” we saw the inevitable. Eventually, what was once considered a fresh and edgy era of hard rock music was finally becoming homogenized. Thus, we as hard rock fans needed something new, something more aggressive, prolific, and in your face. So one day on MTV, a video premiered of a young man with a flannel and long red hair getting of the bus. It doesn’t really look like the video is going to do much for us, but then we hear this opening riff. THEN, we hear every other element of the song come together, and eventually a climactic build to the song that would be called Welcome To The Jungle by a new band called Guns N’ Roses.

Once this video finished, it sent the music world into a spiraling world of craziness as they knew that they were just given music’s next great gift! Again, GNR would go on to find immense success after this premiere, but how were the guys able to maintain their popularity even almost 30 years later. Well, let’s take it step by step. Let’s start first with their look.

I know, I know. Looks aren’t everything in a band, but it certainly helped these guys. GNR have a distinguished look that can ultimately be described as “hard rock with a southern twang”. Going back to GNR arriving in the glam rock/metal scene, they presented what we like to call a pattern interruption. They truly stuck out and were able to get noticed and become recognizable in an era of glam. So that’s one of the secrets.

Now, let’s talk about their sound. As previously said, GNR have a southern twang to them. Their southern twang is also a HUGE contributing factor to their success, here’s how. Old giddy western flicks and overall giddy western personas are definitely eccentric and stick out like sore thumbs. However, it has become a timeless persona to dawn on. GNR beautifully incorporated this into their music. By doing this (especially for guitar), guitar players from all over will constantly be trying to learn their best guitar parts, thus giving them a reason to listen to the music more. But it also will make their music timeless. Which brings me to my next point…

Their aggressive sound. This’ll kinda tie in with the whole pattern interruption thing I mentioned earlier, but again, in an era of just glam music, their songs like Welcome To The Jungle and You Could Be Mine, the boys from GNR sure delivered the heavy hitting goods in music. To put it simply, GNR (with their music) virtually grabbed their audiences by the throat and shook them dizzy. It was their brute aggressive style that made the real impact. And finally…

Their breakup. How would a band breaking up be a factor in their success? Well, there are many bands that stay together for a long time, like Def Leppard, Metallica, etc. But GNR had a unique situation where they were at the peek of their popularity they disbanded. People pined for their reunion saying that it was too son for them to break up, but they only broke up just before everyone could get sick of them. Thus making the fans DEMAND for a reunion… which they got. In laymen’s terms, “Absence makes the heart grow fonder.”

So that it was I believe to be some of the factors behind their success, do you agree?