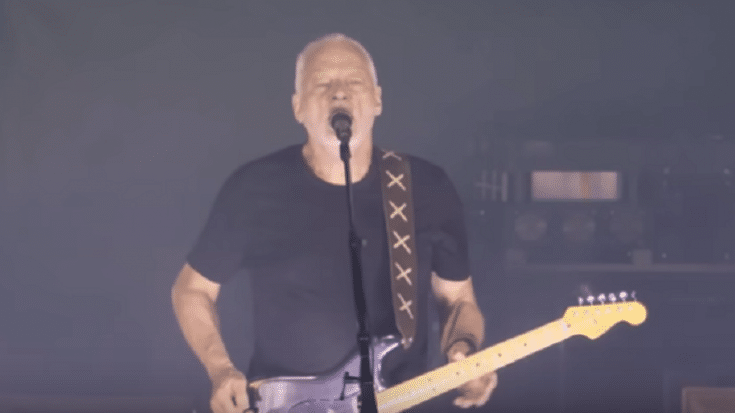 Not An Easy Song To Make

“Comfortably Numb” was released almost four decades ago. But the years haven’t dimmed its greatness. It’s one of the songs that secured Pink Floyd’s spot in the rock ‘n roll pantheon. David Gilmour and Roger Waters had their share of issues and what-not but their musical collaboration on “Comfortably Numb” is truly one for the books.

It was no secret that they frequently clashed when it came to being the group’s main creative force. Waters wanted one thing, Gilmour wanted another. And since “Comfortably Numb” was a collaborative effort, after the band broke up, Waters and Gilmour made their own versions of this classic.

Gilmour initially came up with the music after his debut solo album. At the time, it was nothing more than a demo. It was Waters who added the lyrics and the inspiration came from his experience of being shot up with tranquilizers before a Pink Floyd gig in Philadelphia in 1977 which he recalled “was the longest two hours of my life.”

“I never get to the ‘I have become comfortably numb’ bit, because Roger said he wanted to put that line in as a lyric, and I had to write the extra bit there and then.” – David Gilmour

The entire production was marred with conflict which isn’t surprising to say the least. Waters and Gilmour disagreed on almost everything including how they will record the song.

Gilmour wanted a grungy feel and harder sound but for the final result, they eventually settled on Waters’ preferred opening and Gilmour’s final guitar solo which ended up becoming one of the highlights of the track.

After Waters departure from Pink Floyd, Gilmour got more creative freedom to experiment and follow what he wanted. He followed a grunge style approach to the verses which were sung by Richard Wright, Guy Pratt and Jon Carin.

During his solo tours, the vocals were provided by various guest singers like Bob Geldof, Kate Bush, and David Bowie to name a few.

Waters’ first performance of “Comfortably Numb” post-Pink Floyd happened in 1990 with the help of Van Morrison, Rick Danko, and The Band’s Levon Helm. The guitar solos were done by Rick Di Fonzo and Snowy White. This version was featured in TV shows and films.

So… which one is your preferred version?