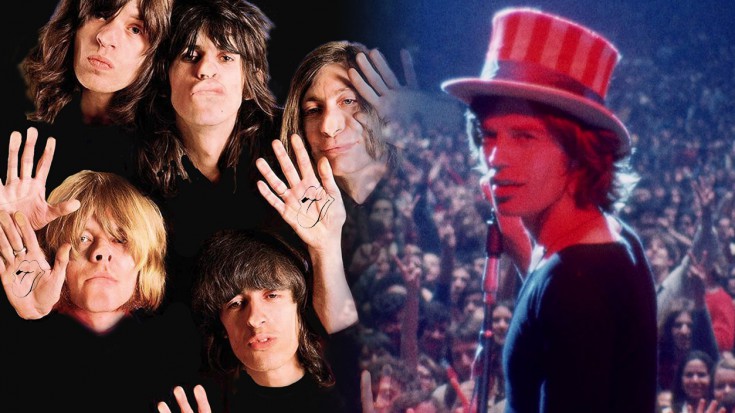 Mostly written by The Stones’ guitarist Keith Richards, using worn out Triumph amplifiers to get a distinctive sound, Jagger sings about needing shelter from this “storm”, and the social and political hardships faced during the time. “There was the war in Vietnam, race riots, and Charles Manson.”

Keith Richards goes on to say; “I wrote ‘Gimmie Shelter’ on a stormy day, sitting in Robert Fraser’s apartment in Mount Street. Anita (Pallenberg) was shooting Performance at the time, not far away… It was just a terrible f–king day and it was storming out there. I was sitting there in Mount Street and there was this incredible storm over London, so I got into that mode, just looking out of Robert’s window and looking at all these people with their umbrellas being blown out of their grasp and running like hell. And the idea came to me… My thought was storms on other people’s minds, not mine. It just happened to hit the moment.”

The song has become a staple in the bands catalog. Covered by the Goo Goo Dolls, Grand Funk Railroad, and the Sisters of Mercy, the song has also been used by Martin Scorsese in major motion films like Goodfellas, Casino, and The Departed… There are no signs of the Rolling Stones stopping any time soon, and I can’t WAIT to see them this summer when they hit their national tour!