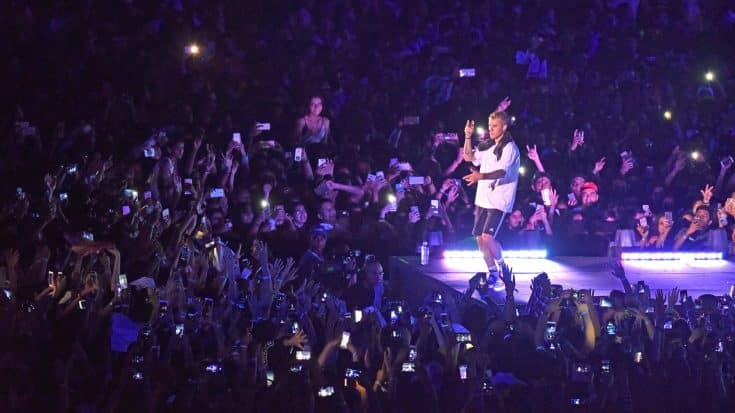 We’ve said it over and over again how today’s music especially pop will never come close to classic rock and even all the other songs back in the day. It’s not so much about personal preferences but mostly because of changing times – technology and social media’s huge impact on music appreciation.

Let’s explore a few of these factors which have contributed to the steady decline of music quality over the years.

One of the benchmarks for success nowadays is views. YouTube offers two things to artists – monetary gain and inexpensive means of exposure. Basically, the more views you get, the more money you make. YouTube, of course, didn’t consider the fact that one person with five gadgets can stream the video simultaneously. But it is what it is, no one’s tuning in to MTV to get a glimpse of the new music anymore.

50M views on TV would’ve been a monumental achievement in the ’60s but in the new age, it’s just another day for fans showing support to the artists. It doesn’t even matter if it’s a mediocre video or a crappy song.

There Seems To Be A Template

Remember when musicians actually secluded themselves in an island or a castle or a villa so they can get their creative juices flowing and therefore churn out outstanding songs which were ahead of their time? That doesn’t happen anymore. Pop stars can just lounge around and wait for songwriters to hand them their next big hit.

Case in point: Max Martin and Dr. Luke. They are two of the most popular songwriters who boast several hit singles under their belt. Martin has written for Taylor Swift, Britney Spears, Ariana Grande, Backstreet Boys, Katy Perry, and even Bon Jovi. Dr. Luke, on the other hand, is responsible for writing hits for Becky G, Avril Lavigne, Miley Cyrus, and Nicki Minaj.

If you only have two songwriters making chart-topping hits, then it’s no surprise the songs all sound the same. They found something that works so obviously, they will try to replicate their success – it doesn’t matter whether they’ve used the same formula 10x in a row. As long as people keep buying, they will continue selling the same thing.

It’s rare to see musicians nowadays who care more about their craft instead of what goes into their pockets. This is why when you turn on the radio, one song just bleeds into the next. Nothing sticks, nothing stands out. The lyrics don’t make sense, words are repetitive, the tune is forgettable. Some call themselves artists but they’re only after having at least one commercial success every few months.

Classic rockers often argued with each other, with their sound engineers, and producers so they can create top-notch quality of music. They go back and forth, spending months on a single song, never stopping until they get it right. How many band breakups happened because one member wanted to sell out and change their styles to suit mainstream taste while another refuses to do just that?

The Glory of Auto-Tune

It’s easy to filter out the real artists – take out those who have nothing if not without the help of technology. That’s probably why MTV scrapped their Unplugged show – because not every popular musician is talented enough to perform live with just a guitar or sing a stripped-down version of their hits sans sound effects.

By definition, auto-tune is just automatically tuning the voice. Basically, you can speak monotonously and the computer software will transform that into a singing voice. Auto-tune has become somewhat of a necessity to popstars. In the ’60s or ’70s, the only thing musicians can rely on is their sheer talent. They either have it or they don’t. And in the cutthroat world of rock ‘n roll, being mediocre meant you’d most likely get left behind.

Take for example the likes of The Beatles, Led Zeppelin, The Who, and The Rolling Stones. Imagine if any of them used auto-tune for their songs. Not only will they get condemned, they’ll also be a laughingstock in the music industry. Even the cheesiest bubblegum popstars back then could boast of real talent.

Although not the first, The Beatles certainly helped popularize the whole singer-songwriter movement. Even the younger generation of musicians have them – Taylor Swift and Ed Sheeran. Decades ago, it was the norm – singers writing their own songs. In 2019, it’s an impressive feat which speaks volumes about how music has gone downhill.

Most of them don’t even understand and read music – they have people at their beck and call to do all these stuff for them. Music is supposed to be evolving and 10 years from now, how many will remember today’s songs? How many will talk about the musical geniuses whose music changed lives?

The Future of Music

There are always two sides to technology but something musicians (not just popstars) should NEVER do is rely heavily on them. Music is more than studio effects, more than the catchy tune. We listen to music because it makes us feels things – even if it’s on the opposite ends of the spectrum, from death metal to bubblegum pop.

Musicians went from playing their own instruments and writing their own songs to using auto-tune and churning out trashy tunes. But there are still some who are devoted to mastering their craft and we often find them busking on the streets, playing in small venues, or performing cover versions of classics. It’s heartbreaking that those with raw talent and pure love for music are being shunned while the spotlight is always on those who only want the money and lifestyle that go with the fame.

Music isn’t about what’s cool or what’s trendy. It’s about what feeds your soul – something no machine or software can ever accomplish. It’s time we go back to those days when excellent was the minimum requirement. If we want better music quality, then we as listeners should not settle for anything less.