The Immortal Influence Of Led Zeppelin To Rock n’ Roll 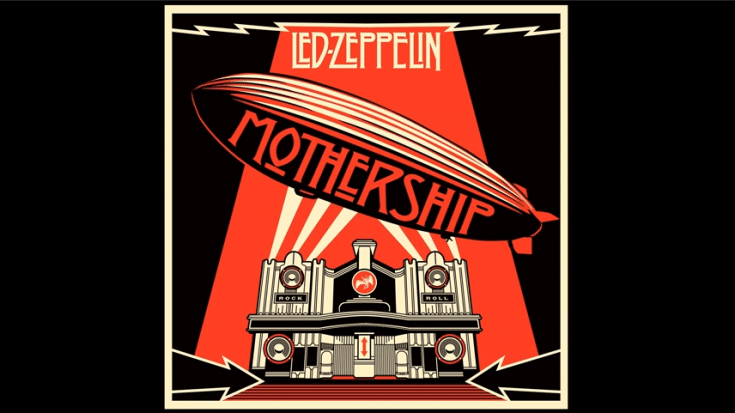 At a time when rock acts were sprouting left and right, Led Zeppelin dominated the ’70s and led the whole pack. Arriving in the music scene with two albums in 1969, they launched a sonic attack from day one. Their music predated the sound that would take over the airwaves in the ’70s. And their influence is so vast and far-reaching that most of their works managed to seep into today’s brand of rock.

With over a dozen songs that aged well, Led Zeppelin are titans in the genre.

For Led Zeppelin, they helped the transition between the psychedelic era of the ’60s and the testosterone-fueled ’70s. In more ways than one, they represented change. Most of the events that propelled rock acts in the ’60s to create protest songs were either resolved, dwindling down, or coming to an end altogether. And so Led Zeppelin’s themes and lyrics often dealt with masculinity, sex, and references to J.R.R. Tolkien’s literary masterpieces instead of social and political commentary.

The band also became the prototypes of how a rockstar was viewed by Hollywood and pretty much the rest of the world – someone with oozing charm and sex appeal, god-like looks, tight leather pants, fabulous hair, and well, living a life of excesses. Led Zeppelin made it cool to listen to hard rock music – that maybe, it’s not as bad as parents warned it would be. They played at sold-out shows with their tickets selling like pancakes.

But it wasn’t all superficial.

Led Zeppelin had the looks, the complete package. But more importantly, they had the massive talent to compete with and outshine their peers.

Guitarist and founder Jimmy Page has always been ambitious but it’s hard to deny his genius too. Taking inspiration from the works of the guitar gods before him and using his experience as a session musician, he knew what sound he wanted and how to get it. Frontman and vocalist Robert Plant liked listening to country blues singers. Bassist John Paul Jones formally studied music and was influenced by blues, jazz, and classical. His versatility made him a reliable and dependable member of the band, and he provided the melodic backbone of their classic hits. Drummer John Bonham’s heroes included jazz drummer Gene Krupa, and several soul and Motown drummers.

And these influences seeped into how they crafted their songs. It didn’t take them long to find their sound and distinctive style that helped them rise above the noise, literally. Although they’ve been branded by critics as copycats during their early years as a group, Led Zeppelin actually had their own identity less than two hours after meeting each other.

Rooted in blues, it was rock ‘n roll but edgier and heavier.

For their first two albums, they reworked blues songs and standards but they did more than just do justice to those numbers. They took the tracks and made it their own – they did it so brilliantly that it was quite difficult to believe theirs were cover versions. And Led Zeppelin III arrived and it’s clear they were only getting better with every record. Plant’s howls and banshee-like wails, Page’s fiery and blistering riffs and solos, Jones’ unforgettable and melodic basslines, and Bonzo’s thundering and mind-boggling drum work – they’re four virtuoso musicians who were the best at what they did. And so at their creative zenith, they were unmatched and unstoppable.

Their music was heavy-hitting and aggressive. They pulled out all the stops to launch one sonic assault after another. It’s loud, overwhelming at times, but undeniably addicting too. And it was them who helped pave the way for what would later be known as hard rock and heavy metal. Then again, even their acoustic songs were far from forgettable.

Whether it’s during their recording sessions in the studio or in a live setting in front of thousands of fans, Led Zeppelin delivered the goods. They were a stellar live act, bringing their A-game every time. And the result? People couldn’t get enough. They’re one of the first bands to stage their concerts at massive venues, thereby breaking records.

With their improvisations extending the songs to twice or thrice their original length, their live performances became legendary particularly in “Moby Dick” which they used to showcase Bonzo’s monster skills behind the kit.

Led Zeppelin’s influence can be seen in the works of Aerosmith, Guns N’ Roses, and for today’s musicians, Greta Van Fleet. When people think of ’70s rock, they think of Led Zeppelin. The loud and powerful music, the well-documented hedonistic lifestyles, and even the myths that they neither confirmed nor denied – Led Zeppelin was at the center of the golden era of rock ‘n roll.