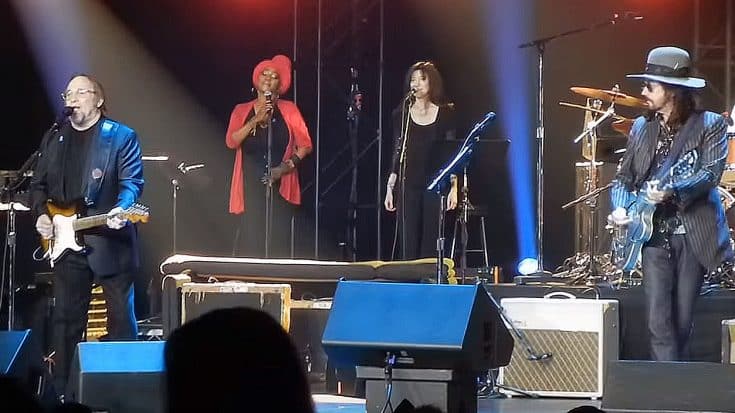 We are almost 7 months removed from the tragic passing of legendary singer-songwriter Tom Petty, yet it still feels like yesterday we first heard this heartbreaking news. It goes without saying that Tom was one of the most beloved and influential rock stars of all time. His music and songwriting are simply timeless. He was one of the best, pure and simple.

In those seven months, Tom’s band The Heartbreakers have not played a single show, and understandably so. However, their absence from the stage ended two nights ago in Los Angeles, California when along side Stephen Stills, this band made their triumphant return to the stage. In the video here, you’ll see this amazing lineup play the iconic hit song “I Won’t Back Down” and it’s all for a good cause, Autism research.

Check out this amazing performance in the video below and let us know what you think!