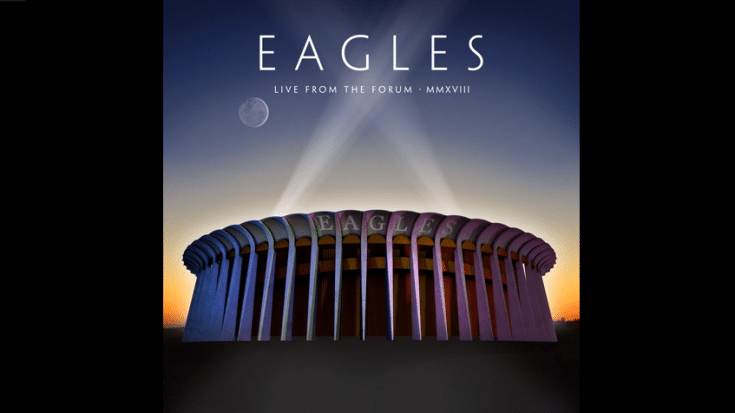 The Eagles have shared a live performance from 2018 of their well-loved 1976 classic “Hotel California”. This is the latest preview to their upcoming collection “Live from The Forum MMXVIII”, out on October 16. Recorded over three sold-out gigs on September 12, 14, and 15, 2018 at the historic venue in Inglewood, CA, it’s the first tour to feature Vince Gill and Deacon Frey who joined the band’s lineup in 2017.

The concert film previously premiered on ESPN during the Fourth of July weekend.

Being one of The Eagles’ most enduring songs, “Hotel California” also had its share of controversies especially with its meaning. Some alleged that it referred to the Church of Satan while others believed it was the Camarillo State Mental Hospital. The extreme interpretations include cannibalism and heroin addiction.

Don Henley later commented, “Some of the wilder interpretations of that song have been amazing. It was really about the excesses of American culture and certain girls we knew. But it was also about the uneasy balance between art and commerce.”

And as for Glenn Frey, he said in a 2003 interview: “Vaguery is the primary tool of songwriters. It works, it means whatever the listener wants it to mean.”