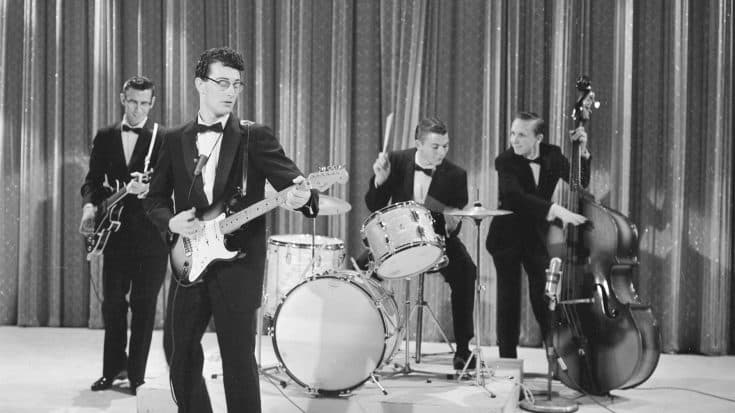 The Ed Sullivan Show became a huge part of rock ‘n roll since it featured several acts before they became big names in the industry. Take The Beatles, for example. Their performance in the show became such a significant Beatlemania moment. And pretty much every single classic rocker you know have performed there at least once. Viewers probably didn’t know history was made with every single episode – they featured The Doors, Buddy Holly, and Elvis Presley to name a few.

It was THE variety show because it showcased real, genuine talent. But that doesn’t mean it didn’t have its share of controversies especially since Ed Sullivan was well-known for his temper. He had rules and he expected guests to follow them. Unfortunately, some rockstars were already rebels from the beginning.

The camera only showed Elvis Presley from the waist up during his third and final guesting on the show. The reason? Sullivan felt Presley’s moves were too sexual for the families watching TV.

It was their second appearance and The Crickets wanted to perform “Oh Boy!” but Sullivan felt it was to raucous for the audience. During the rehearsal, only Buddy Holly showed up. Sullivan said, “I guess The Crickets are not too excited to be on The Ed Sullivan Show.” Holly responded with, “I hope they’re damn more excited than I am.” During the introduction, Sullivan intentionally mispronounced Holly’s name. The viewers, however, loved the performance that Sullivan was forced to invite them back. Holly declined and said Sullivan didn’t have enough money to pay them.

He was supposed to perform Tennessee Ernie Ford’s “Sixteen Tons” but instead, sang “Bo Diddley.” According to him, “Ed Sullivan says to me in plain words: ‘You are the first black boy—quote—that ever double crossed me!’ I was ready to fight, because I was a little young dude off the streets of Chicago, an’ him callin’ me ‘black’ in them days was as bad as sayin’ ‘nigger’. My manager says to me ‘That’s Mr. Sullivan!’ I said: ‘I don’t give a shit about Mr. Sullivan, [h]e don’t talk to me like that!’ An’ so he told me, he says, ‘I’ll see that you never work no more in show business. You’ll never get another TV show in your life!'”

Unlike the others on this list, Dylan didn’t come to blows with Ed Sullivan for the simple reason that he walked out. He was slated to appear on the show on May 12, 1963 and he wanted to perform “Talkin’ John Birch Paranoid Blues”. To be fair to Sullivan, he had no problem with the satirical song. But during rehearsal, a CBS executive heard it and deemed it inappropriate and controversial. Dylan was told to pick another track. So, he packed up his things and left.

Speaking of rebellious and unpredictable rockstars, the prime example would have to be Jim Morrison. CBS officials wanted a family-friendly version of “Light My Fire” so they instructed Morrison to change “Girl, we couldn’t get much higher” to “Girl we couldn’t get much better.” Morrison ignored it and sang the original lyrics. The result? They were never invited back to the show.