The Beach Boys Battle Beatlemania With “I Get Around,” And The Crowd Goes Wild! 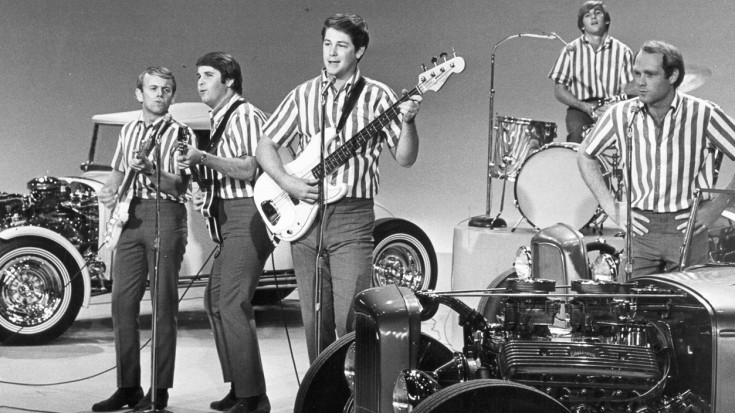 While ‘I Get Around’ by The Beach Boys doesn’t have the most cerebral lyrical content we’ve ever heard, it’s still one of the greatest things ever written by Beach Boy Brian Wilson. It was innovative, with its opening fuzz guitar, stop-start rhythms and a keyboard line working in and out of the song, in a way that other songs of the 60s simply weren’t. Combine that with the song’s incredibly tight 4 part harmonies and the band’s boy next door, sunkissed blonde good looks, and you get a performance of ‘I Get Around’ that made The Beach Boys’ audience of teen girls completely lose its mind.

Did You Know…that this performance isn’t in the final cut of The T.A.M.I. Show’s theatrical release?

The Beach Boys were at the top of the musical food chain when they performed ‘I Get Around’ in 1964. Already used to screaming, crying teenagers and riding the wave of hits like ‘Don’t Worry Baby’ dominating the charts and airwaves that summer, this was The Beach Boys’ answer to the craziness that ensued when The Beatles hit American soil that year – and what an answer it was!

Fun Fact: ‘I Get Around’ was the first Beach Boys recording after Beatlemania hit America.

The Fab 4 may have had long hair and cool accents, but The Beach Boys had some of the most gifted musicians the world has ever seen; it also helps that they were all devastatingly handsome in that all-American kind of way!