The Audience Was Skeptical About Her Queen Cover. Then They Listened…Now They’re Believers 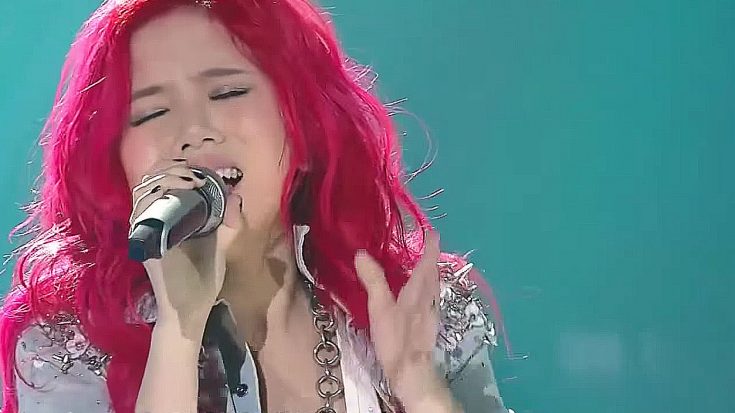 I’ll try a lot of things: sushi, skydiving, doing my taxes by myself – but one thing I’ll never be brave enough to attempt is singing a Queen song outside the safety of my shower or my car during rush hour traffic. One young lady who doesn’t share my fear of belting out Freddie Mercury’s greatest hits is Chinese pop star G.E.M., who took to China’s hit tv show I Am A Singer to deliver a positively killer performance of Queen’s “We Will Rock You” and “We Are the Champions” that brought the crowd to its feet in a fit of excitement.

It’s no easy task to tackle Freddie Mercury and it’s an even more daunting thing to do it on a live television broadcast and try to engage your audience – who all the while are judging you pretty harshly – but in this regard, G.E.M. is an absolute force to be reckoned with, controlling her stage with the ease of a seasoned professional and we can’t get enough. Like her audience, we heard the opening strains of “We Will Rock You” and immediately became skeptical of her potential – but by the time the last note rang out, we were believers. Be sure to check her out in the video below and as always, let us know what you think!