The 10 Songs That Can Represent The Career Of Van Morrison 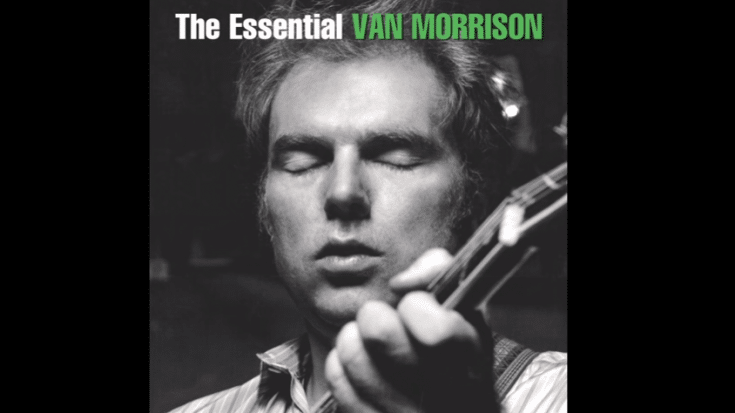 Van Morrison’s career took off in the 1960s. He was the lead singer of rock band Them before he became a solo artist. He churned out several classic singles and albums – making him an influential figure in the genre. While he’s known for his stubbornness off stage, he also gained a reputation for being a stellar live act.

Speaking about when he realized he had a unique voice, Morrison told Rolling Stone: “I was a teenager – singing for myself, just learning. My father had a Grundig reel-to-reel tape recorder. I was singing Leadbelly songs, and my father and uncle used to play harmonica. My father recorded some stuff. We played it back, and I was like, “Wow, I’ve definitely got a voice.””

Here are ten of his best songs:

Van Morrison first recorded it with Them before it was featured on his solo albums. Others who covered it include David Bowie and Rod Stewart.

The opening track of “His Band and the Street Choir”, this is Morrison’s tribute to R&B legend Fats Domino. Morrison said, “The record company was asking me for singles, so I made some like “Domino”, which was actually longer but got cut down.”

It references jazz musician Jelly Roll Morton who was one of Morrison’s inspirations growing up. Morrison explained, “I suppose I was about twelve years old. We used to go to a place called Ballystockart to fish. We stopped in the village on the way up to this place and I went to this little stone house, and there was an old man there with dark weather-beaten skin, and we asked him if he had any water. He gave us some water which he said he’d got from the stream. We drank some and everything seemed to stop for me. Time stood still. For five minutes everything was really quiet and I was in this ‘other dimension’. That’s what the song is about.”

The title track of his 23rd studio album, it became a staple in his live performances. Aside from being featured in various films and TV series, it also became the official anthem of the Northern Ireland peace process.

A catchy and soulful song, Bob Dylan spoke about it saying: “‘Tupelo Honey’ has always existed and that Morrison was merely the vessel and the earthly vehicle for it.”

Although Morrison wrote it after he met his future wife Janet, he revealed in the book Van Morrison: Into the Music that “It’s a romantic love ballad not about anybody in particular but about a feeling.”

The title track of his 1968 album, Morrison began working on it in 1966 following a visit to painter Cecil McCartney who drew about astral projection.

It’s his signature song and one that remains a staple in classic rock radio stations. It was originally titled “Brown-Skinned Girl” but he changed it during recording – not intentionally though because he admitted that it was a mistake and he didn’t realize he changed the title.

A fan favorite, it actually developed from a jazz saxophone instrumental. He shared to Rolling Stone, “I used to play this sax number over and over, anytime I picked up my horn.”

Featured on his seminal album “It’s Too Late to Stop Now”, it was originally titled “Into the Misty” but because of its ethereal feel, he renamed it to “Into the Mystic.”