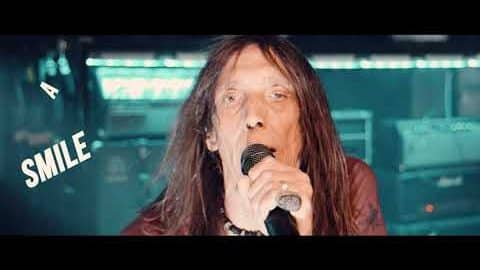 Veteran rockers TESLA have released the official lyric video for their latest single, “Cold Blue Steel.” The video is directed by Brandon Gullion and produced by guitarist Frank Hannon.

In a press release, Hannon stated:

“‘Cold Blue Steel’ is influenced by current events of the world, just like our debut single ‘Modern Day Cowboy’ (1986), and touches on the subject fairly and open-minded by asking ‘what’s to blame?’ when it comes to violence in the world. More importantly, the recording and production of the song and video are kept raw and real, just the way TESLA fans want to see and hear us. We are survivors and have been rocking for 35-plus years.”

Hannon also explained about the new remix version of the song:

“Some folks were reluctant to play the track with its explicit lyrics in the verse, so I created a clean version for radio with a bleep. As a band member and being the producer, we approve of these changes and really love the remixed audio enhancement for radio play. This is Tesla in real honest form and independently producing our music for the first time as an official release.”

Originally released last August, “Cold Blue Steel” is the first TESLA song to ever be produced by the band members themselves. Hannon shared:

“Producing ourselves is allowing us to creatively record new music and keep it as raw and real as possible.”

When asked if the released of the song means that there is a new TESLA album in the works, Hannon replied:

“Yeah, it’ll end up on an album, but we’re gonna just do one song at a time. Instead of trying to cram for a test… Making an album is almost like a test — you’ve got a deadline on it and there’s all this pressure and you’ve gotta try to finish it by a certain date. And then what you end up doing is cramming the songs. So we’re not gonna do that. We’re just gonna write a song when we feel it and have fun with it. And then when we have a group of ’em, we’ll put it out together as a collection on an album.”

TESLA will hit the road for their U.S. shows scheduled throughout the spring and summer. Watch the video below.