Teenage Girl Will Leave You Stunned With Amazing Drum Cover Of AC/DC’s ‘T.N.T.’! 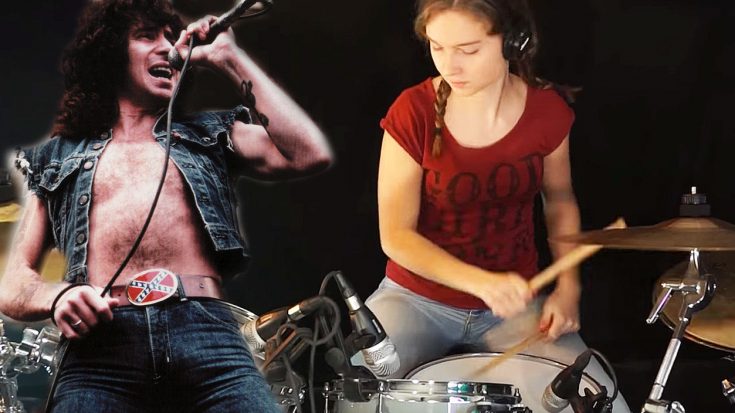 The Ultimate Tribute Is Paid!

No matter which era of AC/DC you consider yourself to be a part of, whether it’s the Bon Scott era, or the Brian Johnson era, or both, you were never short on excellent music, that’s for sure. AC/DC are definitely one of the (if not THE) greatest hard rock bands that have ever taken to the stage. In the last 50 years, there hasn’t been a more consistent and hard hitting classic rock band. Though chances are that they will not be around as a band for much longer, they leave behind a legacy like no other, and thus, tribute must be paid. Speaking of which…

What you’re about to watch is a video in which a young girl by the name of Sina, who you’ve probably seen before, takes to her drum set to perform the iconic smash hit by the aforementioned AC/DC, T.N.T. To put it simply, this young girl puts on a clinic and will leave you stunned. Don’t believe me? See for yourself!