Take A Backstage Tour With The Rolling Stones In 1981 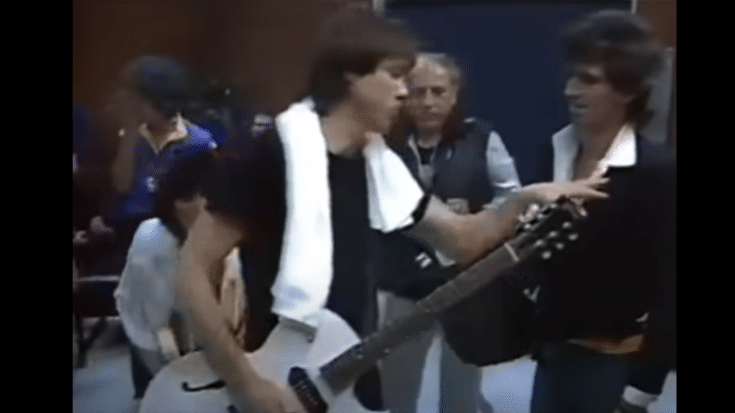 It Was Not Their Usual Tour

In 1981, The Rolling Stones embarked on an American Tour in support of their studio album “Tattoo You.” It kicked off on September 25 at John F. Kennedy Stadium in Philadelphia and wrapped up with a two-night show on December 18 and 19 at Hampton Coliseum. The trek became that year’s largest grossing tour with around $50 million ticket sales.

Interestingly, Mick Jagger was not sold on the idea at first but at Keith Richards and Ronnie Wood’s insistence, he eventually relented.

It was noticeably different from their previous tours mostly because of the bright and elaborate stage set-ups. But it wasn’t without a few bumps in the road for the band. Jagger recalled in a 1982 interview: “I was a bit nervous at first because we went straight from doing one club gig to Philadelphia, which is in front of all those people. Yeah, I was a little nervous until I got on the stage and realized that although it was a little sloppy we got away with it. It took us a few gigs to get with it – like… five, which were all huge gigs.”

The Rolling Stones performed in front of a total of 3 million people for the 50-date run. Check out a clip of the group backstage below.