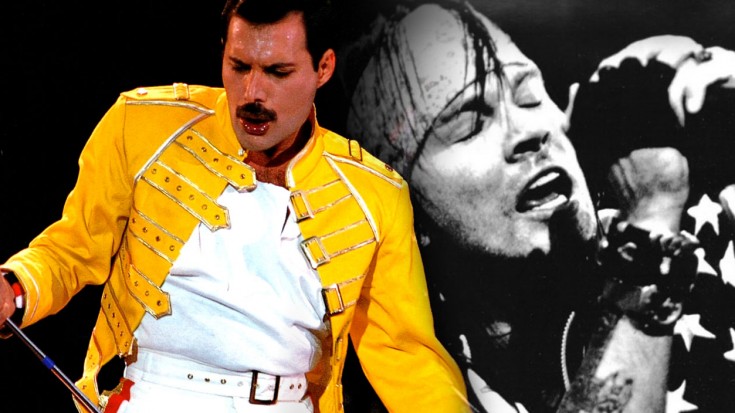 As far as legendary goodbyes go, I think a tribute concert featuring Elton John, pyrotechnics, and Axl Rose in a leather kilt ranks pretty high on the list of “Best Ways To Be Remembered”.

After the sudden and tragic death of Freddie Mercury in 1991, Queen honored their friend’s legacy with a star studded tribute the following summer. The result was everything Freddie would have wanted – fun, over the top, and a joyous occasion!

It may have been in Freddie’s honor but the real stars of the night were Elton John and Axl Rose with their rendition of Queen’s ‘Bohemian Rhapsody’.

Freddie’s silhouette even appears during the interlude in ‘Bohemian Rhapsody’!

That alone will give you chills – we know he was there in spirit and loved every second of it!