Story Of The Song: “Jessie’s Girl” By Rick Springfield 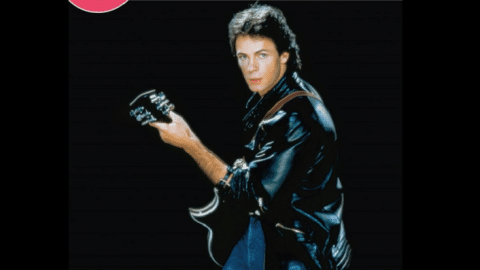 “Jessie’s Girl” was first featured on Australian musician Rick Springfield’s fourth studio album “Working Class Dog.” It took 19 weeks for it to reach the top spot on the US Billboard Hot 100 and stayed there for only two weeks. It became his only #1 hit and helped him bag a Grammy Award for Best Male Rock Vocal Performance. Springfield reworked it a few years later into an acoustic number.

“Jessie’s Girl” is about an unrequited love and reflected his real-life experience of longing for someone who was somebody else’s girlfriend. Springfield was taking a stained glass class in Pasadena, California where he met someone named Gary and his girlfriend. Initially, Springfield was going to use “Gary” for the song but it didn’t exactly suit the track. He considered “Randy” but halfway through writing the lyrics, he decided on “Jessie.”

He doesn’t remember the girlfriend’s name and he even told Oprah, “I was never really introduced to her. It was always just, like, panting from afar.”

He also shared to SongFacts, “I was completely turned on to his girlfriend, but she was just not interested. So I had a lot of sexual angst, and I went home and wrote a song about it. Then about four months later I stopped going to the class and lost contact with them.”

He added, “But the whole thing is absolutely what I was feeling. He was getting it and I wasn’t, and it was really tearing me up. And sexual angst is an amazing motivator to write a song. Actually, Oprah’s people tried to find her, and they got as far back as finding the stained glass guy. I couldn’t remember his name, but I said it was late ’70s; they found him, and he had died two years earlier, and they’d thrown all his papers out a year after that. So we missed finding out who she was by a year.”

Springfield recalled how it all worked out especially when guitarist Neil Giraldo joined the recording session, “The riff came first. And although it’s a pretty simple-sounding song it wasn’t easy to write. It took about two months, working on the guitar and piano. Neil added a vibe to the song, but it was the producer, Keith Olsen, who convinced me to shorten a long guitar solo I’d played on the demo which was right out of the seventies. It’s a bubbly and vivacious song, but it’s dark. It’s also covetous, which a lot of my music is.”

“Jessie’s Girl” was the #1 hit in the US when MTV launched and his music video quickly became popular and was put on heavy rotation. It turned him from a soap opera actor into a power pop superstar.