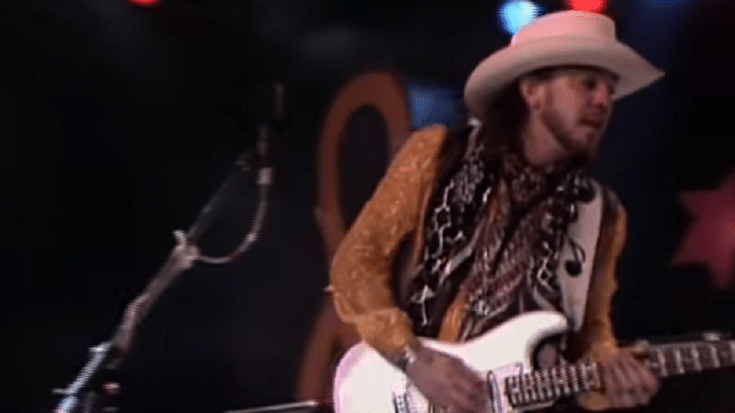 “Tin Pan Alley (aka Roughest Place in Town)” was part of Stevie Ray Vaughan’s live electric blues album, “In the Beginning.” It was recorded on April 1, 1980 with eight other tracks and released on October 6, 1992. The actual performance happened in Austin, Texas. Unfortunately, the album was released two years after SRV’s death.

Vaughan’s bending was a marvel, and also very vocal in his use of quarter- and half-tone bends. Check out his sublime slow blues “Tin Pan Alley” to hear plenty of this as well as examples of shred-level speed used to create emotional nuance, rather than energy, in his melodies. Like King and Hendrix, Stevie was always generous with melodies. And his vibrato, also at the fore of “Tin Pan Alley,” was equally astounding, crafted from sheer muscle control and a gut-governed sense of placement.

In this particular video, SRV plays this incredible track in front of his mesmerized audience in Montreux. He performs alongside Johnny Copeland. His guitar pulses with life and he sings with his amazing vocals!