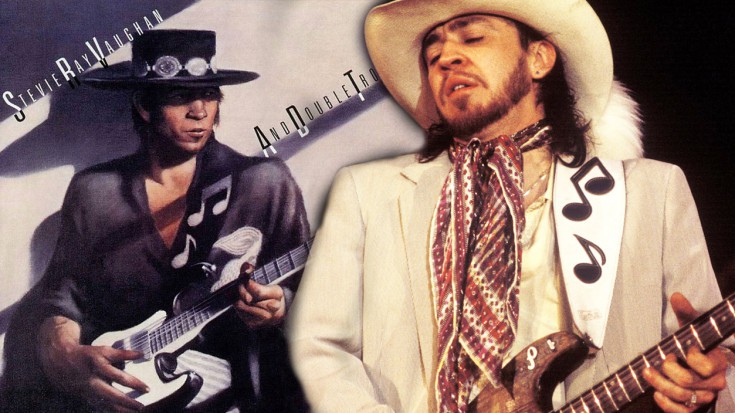 Whenever I listen to Stevie Ray Vaughan, it makes me sad that he didn’t live past 35 and that we didn’t get to see what else he was capable of. But, it makes me smile to know that he lived!

Originally written and recorded by blues singer Larry Davis in 1958, “Texas Flood” is the title track from Stevie’s debut album, Texas Flood (1983) and is a sort of extended guitar solo that allowed Stevie to really show off his skills as an electric blues guitarist. If you were lucky enough to see Stevie Ray Vaughan and Double Trouble live, you would have seen Stevie occasionally play portions of “Texas Flood” behind his back, much to the delight of the crowd! The album did exceptionally well, with Stevie being heralded as “the most exciting guitarist to come out of Texas since Johnny Winter“. Way to go, Stevie!