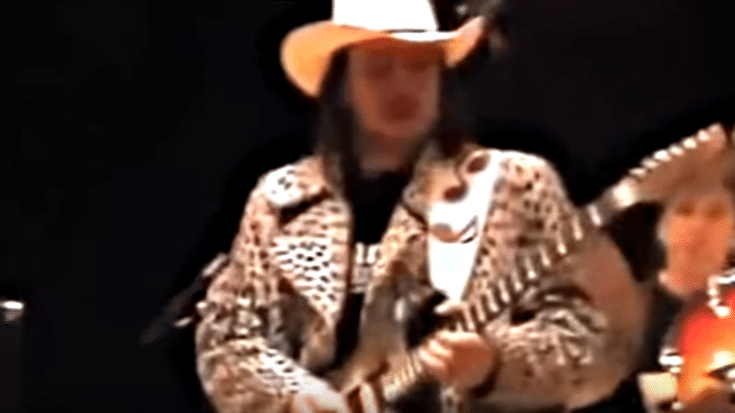 SRV And His Unique Fiery Style!

He’s undeniably one of the Guitar Gods and I’m mighty glad he was able to share his incredible gift to us. See him here? SRV just walks up to the stage to warm up. It’s insane how good he is. I really wouldn’t mind listening to him do some sound check. That warm up is quite a treat for the audience. What a talent!

AllMusic describes him as “a rocking powerhouse of a guitarist who gave blues a burst of momentum in the ’80s, with influence still felt long after his tragic death.”

Stevie Ray Vaughan remains to be one of the most influential electric guitarists of all time. In fact, his classic tracks have been covered numerous times by a wide variety of artists. Gotta love the way he rips through his guitar. He puts a lot of soul into his music and that’s what we all love! There’s never gonna be anyone like him!

Vaughan bridged the gap between blues and rock like no other artist had since the late ’60s.

His music will live on!