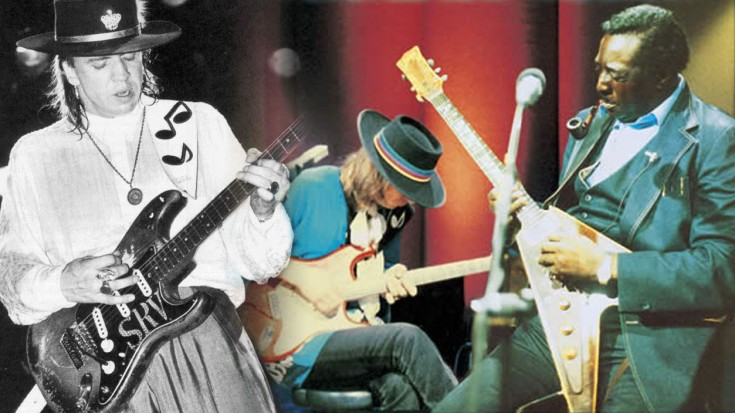 Stevie Ray Vaughan, B B King, Albert King get down and dirty with Chicago Blues

Wow. There is so much passion in this song, it’s hard to listen to only once. These guys bleed soul, passion,  and dirty-gritty-blues.

Inspired by a Chicago downpour during a recording session in 1959, writer, Elmore James called this classic “one of his most durable compositions“.

When Vaughan plays this song, he illustrates so many of his musical influences. From Texas Blues, Classic Jazz Blues and Jimi Hendrix’s remarkable blues-rock… you can tell he watched, listened, and ran with it. SRV was inspired and with it came his own signature sound.

“The Sky Is Crying” is the fifth studio album containing performances spanning most of the career of Stevie Ray Vaughan and Double Trouble. Released about one year after Vaughan’s death in 1990, the album features ten previously unreleased tracks, originally recorded between 1984 and 1989.

“The Sky Is Crying” became a R&B record chart hit and has been interpreted and recorded by numerous artists, but most famously… Matt Murphy, and Eric Clapton with the Yardbirds.

Check out my favorite interpretation below!

+The Sky is Crying lyrics below+